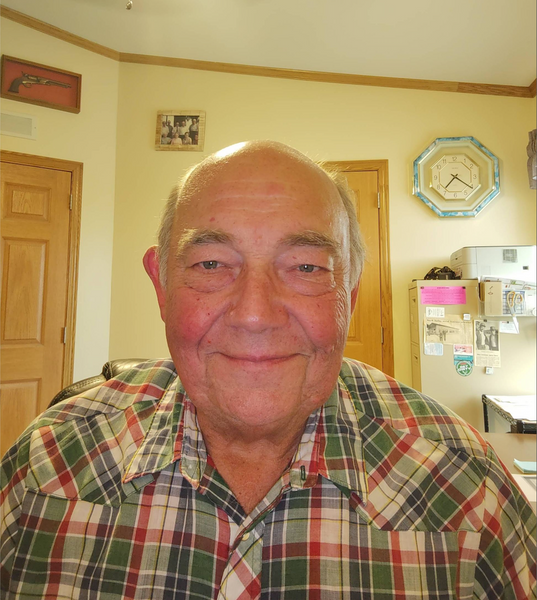 Al, as all his friends called him, left this world on Sept. 30, 2021, to spend eternity in the presence of Jesus.

He was born in Clinton, Iowa, to Edward and Arletta (Lovell) Burken. He graduated in 1962 from Northeast High School in Gooselake Iowa. He graduated from DeVry Technical School in Chicago, Illinois. Following his graduation, he enlisted in the Army and spent part of his time stationed in Germany.
Allan married Carline Davis on Feb. 13, 1971. They lived in Clinton until moving in 1978 to Columbia Falls/Whitefish, Montana, where they started Midway Rental & Power Equipment. In 1994 they retired and moved to Powell. Carline passed away Feb. 7, 2016.
Allan married Sharon Kroesch on Sept. 22, 2017. They spent their summer months in Powell and the winters in Golden Valley, Arizona. Al enjoyed spending time with friends and helping wherever he was needed. He was a big man with a big heart. He was mechanically inclined and could fix anything. He was adept at technology and always had the latest gadgets.
Allan was preceded in death by his wife Carline, parents, brothers Daryl and Merle, brother-in-law LeRoy Lamp, and sister-in-law Mary Corliss.
He is survived by his wife Sharon, step son Adam Scott (Krystal) and three step grandchildren in Descanso, California; brothers, Roger (Mary), Denis, Brian (Elaine), Kevin (Jackie), and Craig (Angela); sisters, Linda Lamp, Donna (Dave) Hotchkiss, Diane (Pat) Mullin, and Joyce (Jim) Rogis; sister-in-law Patsy Burken; and many nieces and nephews.
Services for Al will be Saturday, Oct. 9, at 1 p.m., at St. Barbara’s Catholic Church in Powell. Thompson Funeral Home is in charge of arrangements. Inurnment will be in Charlotte at a later date.

To send flowers to the family in memory of Allan Henry Burken, please visit our flower store.