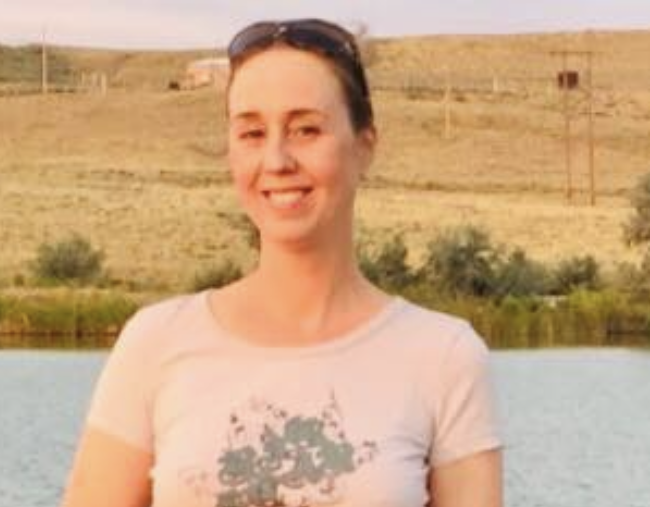 April Kristen DuBose Spencer passed away today. April was the youngest child of James Leonard, a Vietnam Veteran of the USAF and Franchesca Ann DuBose, of Cody Wyoming, and the only sibling of their eldest Son, Kreig Dane DuBose( Margaret DuBose) who reside in Washington State. April was born in August, 1975 in Tarrant County Texas. She was a 2nd generation Texan, as her Mother was also born in Tarrant County Texas. She was blessed to live in many states, including St. Croix, the US Virgin Islands. At a young age, her Parents retro- fitted a bluebird bus into a motorhome and travelled the country. Along with her beloved Brother, this gave April a love of travel, and a unique experience; meeting people from all walks of life. April moved to Cody in September of 1995 with her then retired parents. She graduated High School in May of 1994 in Laramie Wyoming and attended Northwest College in Powell in the Fall of 1996 focusing on English and Writing. She left college in the Spring of 1997 choosing to work at various businesses during her life in Cody. April made great friends, and many connections in Cody over the next 25 years, finding a real sense of place and community in Cody. In 2002, April married Retired Master Sargent, Stephen Putnam Spencer, in a courthouse ceremony attended by a few friends, and her Mother, Franchesca. Her Father attended in Spirit, having passed away in July of 2000. April followed her Husband Steve, to work for then Kellogg, Brown & Root Services in the theatre of Iraq shortly after US troops were in need of support services during Operation Iraqi Freedom. April was hired as a Laundry Supervisor, and found herself stationed in Baqubah, amid the Sunni Triangle, at Camp Warhorse. The time spent there, though brief, would impress upon her what war was like and give her a real respect for our American Troops, intensifying her insight and respect for both her Fathers service, and her Husbands 23 year Career as a United States Marine. When asked about her experiences overseas, April would often reply”They shot at me, I left”. In reality, it was one of her favorite lifetime experiences, one she would have given many more years to, however, she received news that her Mother was ill, and she returned home immediately to care for her. April cared for her Mother for two years, until she passed in February of 2006, of Brain Cancer, mere days before what would have been her parents 36th wedding anniversary. April would help realize her husbands dream of building a home on his acreage outside of town in 2008, and they would live in their home off Greybull highway, until Steve suffered an illness in November of 2010 and ultimately passed away in July of 2011. April continued to make her home in Cody after being Widowed, and though it wasn’t easy, and she considered moving to be closer to the last of her Family,her brother Kreig, she endured, and even thrived after some tough struggles. She was diagnosed with Celiac disease in 2013, along with Primary Biliary Cholangitis of the liver. She stood up to both, changed her diet to eliminate gluten, and even doctors were impressed with her management of her diseases. April became good friends with many of her coworkers. She was grateful for the enduring friendships she made living in Cody. April was especially attached to her animals, in particular, her dogs. Often referred to as her “ Mules”, Goldie, Maggie, Lucy and Stickers were responsible for keeping her sane, and providing comfort during the toughest lows of her life. Always an animal lover, she rated her furry ones as her children, and poured her love and care into them as such. April found love again. She re-united with a friend from her wild and woolly 20 something days, Shawn Chouinard. Though 20 years had passed, they re-connected in 2017, when she moved to Powell. Crafting a friendship into a romance was easy, natural and meant to be for both of them. April’s right knee began hurting in June of 2018. She had left her beloved job at Whitlock Motors in January, stressed and exhausted due to some of her previous illnesses. Unfortunately, she put off going to the Doctor until almost the end of August, and discovered it was a malignant cancer of the knee bone causing her pain. April would end up pulling her PCL, losing her ability to walk, and ultimately discover she had Stage 4 Metastatic Cancer. She was 43 years old. Shawn would step up as the biggest single blessing of her life. His love, care, support and determination to be with her regardless of illness, outcome or temperament, would be the most selfless and incomparable genuine gift of her life. He was the strength and light of her life.April underwent 6 rounds of Chemotherapy and Immunotherapy, and two rounds of Radiation to her knee and shoulder before choosing more holistic treatments. April had two wishes in her life. That those she considered friends understood how seriously she valued them, how grateful she was to be counted as their friend, and for them to feel cherished. Her other wish was to have left those she loved with some good memories, lots of laughs and the knowledge that she loved them bigger and brighter in her soul than her body alone could hold. April will have her ashes scattered in the Tallkeetna river in Alaska with her beloved mules Stickers, and Lucy, when their time comes, where her much loved Parents were laid to rest. April is survived by her love Shawn Chouinard, and her best Friend and Brother, Kreig Dane DuBose, his wife Margaret, along with Steve’s Children, the much loved Brooke Spencer Houltzhouser, Kenneth Houltzhouser, and Brian Spencer.

To send flowers to the family in memory of April Kristen Spencer, please visit our flower store.
Send a Sympathy Card