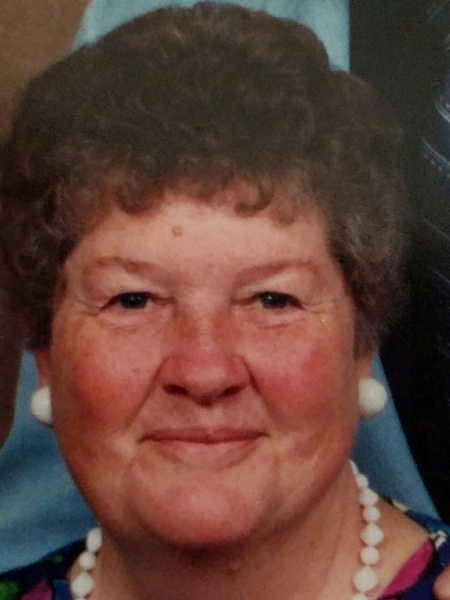 Avis Arlene (Clark) Wilson, went by Arlene to family and friends. She was born on May 2, 1932 to Clarence and Opal Clark of the McCook, Nebraska, area where her grandparents had homesteaded. She moved with her parents to Pavillion, Wyoming, during her second grade year of school.

Arlene began dating Philip Wilson in their senior year at Pavillion High School and married two days after graduation in 1949. Arlene and Philip made Casper,Wyoming, their home for sixteen years and then moved to Denver, Colorado, in 1964.
While living in Denver, Arlene received a bachelor degree in education from the University of Colorado. In 1971 the family moved back to Wyoming and settled in Basin, where she taught several grade levels and became interm principal for Basin Elementry School. Her focus was special education with a passion for teaching reading. Her mission was for every student who left her classroom to know how to read.
Arlene and Philip moved to Story, Wyoming, in 1981. Arlene had a calling for Christian Education and helped to establish Red Grade Christian Academy in Sheridan. She became the principal, taught, and led children to the Lord.  Those children included many of her own grandchildren. Arlene remained at Red Grade until she retired in 1995. From 1987 to 2011 she also served along side of Philip as full time pastor's wife at Grace Chapel Church in Story.
Her hobbies included sewing, gardening, painting, rock hunting, and writing. She spent many happy hours in her garden, preserving her harvest and growing flowers. She carried on the Wilson family tradition by writing a book called Family Ties Tales from Western Wyoming. Her book was published in 2014 and included stories about Philip's childhood years growing up in Jackson Hole, Wyoming.
She is survived by one sister Jean Hamer of Casper, Wyoming. Arlene had four children: Philip T. Wilson (Anne) of Nampa, Idaho, Janet Dill (Bill) of Sheridan, Wyoming, Deborah Dellos and Nick Wilson of Billings, Montana. She was blessed with 12 grandchildren, 21 great-grandchildren, and 2 great- great-grandchildren with one more on the way.
Arlene loved God's Word. Her favorite Bible verse was Psalms 91:4  "He shall cover thee with His feathers, and under His wings shalt thou trust: His truth shall be thy shield and buckler." Arlene had a beautiful soprano voice and her favorite hymn was "Under His Wings".
Arlene was asked how she would like to be remembered and her response was: "Remember me as a wife, mom, grandmother, great-grandmother, great- great-grandmother, teacher, pastor's wife, counselor, prayer warrior and a servant of the Lord."

To send flowers to the family in memory of Arlene Wilson, please visit our flower store.
Send a Sympathy Card