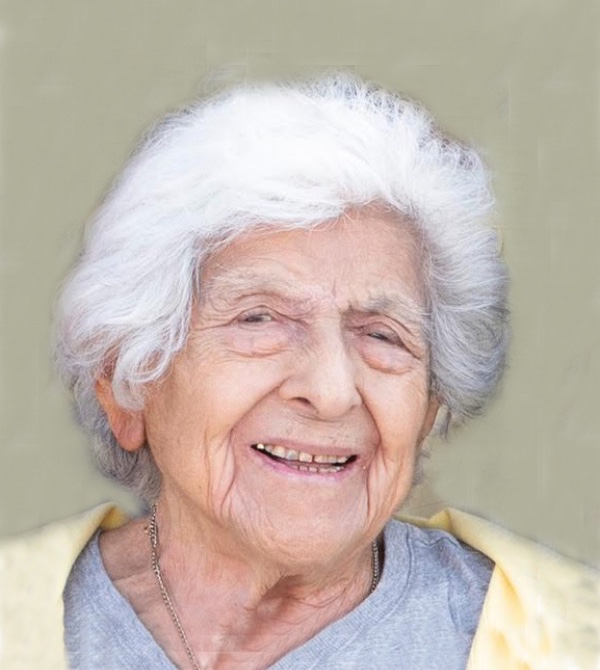 Avelina Flores Cruz
November 8, 1922 - May 2, 2021
On Sunday May 2, 2021, Avelina Flores Cruz, passed away in the comfort of her home, at the age of 98.
Avelina was born on November 8, 1922, in Kansas City, Missouri. She was 1 of 8 children born to Silvanio and Aurora Flores. Due to her father’s health issues the family moved to Mexico. After the death of her parents she was forced to quit school in 3rd grade to help care for the family. Friends of the family brought her back to the U.S. where she started work at a bean factory in Basin. Road Trips to Powell on the weekends led her to the love of her life. She married John Cruz on February 3, 1951. To this marriage 8 children were born. While John was on the road as a truck driver Avelina played both roles as mom and dad while maintaining the home. She taught the children how to work the fields on a family farm. With 8 children she never had a need to drive let alone have a driver’s license. They shared 56 years of love, laughs, and companionship till John passed away in 2007.
Avelina had a very humble heart and was known for her holiness. She delightfully yearned to serve Him, who died for us. She gave back by faithfully staying committed to Jesus. She walked every morning to daily mass no matter the weather, even resulting in fractured arms multiple times. The Secular Carmelite Community of Park County considered Avelina an honorary member as she attended monthly meetings with two of her daughters and went along on their annual retreats. She opened her home and heart providing comfort to all in need. Leading her to have cherished memories of several of her “adopted” children as “Momma Cruz”. She hosted all the holidays at her home for the family to gather, becoming the traditional gathering place for her children and their families. Her cookie jar was always filled with ginger snaps and other favorites for her Grandchildren.Avelina took pride in making an appearance at as many activities as she could for her Grandchildren and Great Grandchildren.
She had a passion for travel and never turned down a road trip. She was able to be her eldest daughter’s travel partner and in return had been to 46 of the 50 states. She also traveled overseas to The Holy Land, France, Spain, Portugal and Italy. Seeing all the wonders and historical sights that were offered. She also relished in her short trips and ones that led to Riverton.
Loved ones will miss her every day. Especially the smile on her face and love in her eyes when she greeted them with a, “Oh hi!” every time she saw them. Though she was little she was wild and up for anything. She was so young at heart and always had us all laughing whether it was her cute broken spanglish sayings or driving golf carts into trees while smiling the entire time.
She was preceded in death by her parents, 6 siblings, her loving husband John Cruz, beloved son Tom Cruz, and beloved daughter Dolores Cruz.
She is survived by her brother, Florentino Flores, children Juanita (Joe) Diaz, Victor (Silvia) Cruz, Rose Cruz, Joe Cruz, Steve (Pam) Cruz, and Adam Cruz. 12 Grandchildren Joe Diaz, Shawntay (Shem) McArthur, Sunshine (Sam) Siebert, Savannah Cruz, Sabastin Cruz, Heidi Schuenke, Anthony Alaniz, Samantha (Spencer) Brown, Shelly Cruz, Richard Cruz, Jordan Cruz and Dale Cruz. 11 Great Grandchildren, Salicia & ShaeLynn Siebert, Ozz & Tazz McArthur, Kara & Dax Schuenke, Abree & Aeson Haney, Alaya and Aksel Brown, and Michael Cruz.
Condolences can be sent to 485 S Bent St Powell Wy 82435

To send flowers to the family in memory of Avelina Flores Cruz, please visit our flower store.
Send a Sympathy Card