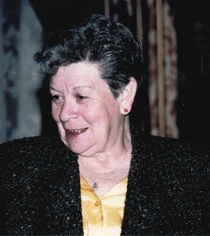 Barbara Jean (Davis) Gillett of Powell died Nov. 22, 2014, at the Powell Valley Care Center. She was 81.
Barbara was born on Aug. 25, 1933, to Geraldine (Swendener) and Harold Davis in Bellvue, Colo.
She attended Powell High School.
On Aug. 25, 1951 â€” her 18th birthday â€” she married Glenn Elgin Gillett, Jr. in Powell.
The couple had two sons, John and Fred Elgin, and a daughter, Debra. Barbara enjoyed being a mother, and over the last 38 years, she loved following her grandchildren's school activities.
Barbara and Glenn retired in 1992 and returned to Powell.
She was a devoted Christian and also was a member of the Eastern Star for more than 50 years.
Barbara was preceded in death by her son Fred Elgin Gillett and her parents.
She is survived by her husband of 63 years, Glenn; son John (Julie) Gillett of Casper; daughter Debra (David) Grouns of Douglas; sister Shirley Garvin; five grandchildren: Dusty, Emily, Brandi, Jeffrey and Sarah; and eight great-grandchildren: Chance, Ty, Taylor, Reese, Bo, Tate, Sidney and Jordan.
Funeral services will be held at 2 p.m. Wednesday, Nov. 26, at the First United Methodist Church in Powell. Her grandson and five great-grandsons will serve as pallbearers, and her four granddaughters and three great-granddaughters will be honorary pallbearers.
Burial will be in the Crown Hill Cemetery.
The family requests memorials to the Powell Medical Foundation, 777 Ave. H, Powell, WY 82435. Please use the memo line to direct donations to Hospice.
Arrangements are being handled by Thompson Funeral Home and Crematory.
Condolences may be sent to the family online at www.thompsonfuneral.net or to P.O. Box 807 Powell, WY, 82435.
To send flowers to the family in memory of Barbara Jean Gillett, please visit our flower store.
Send a Sympathy Card