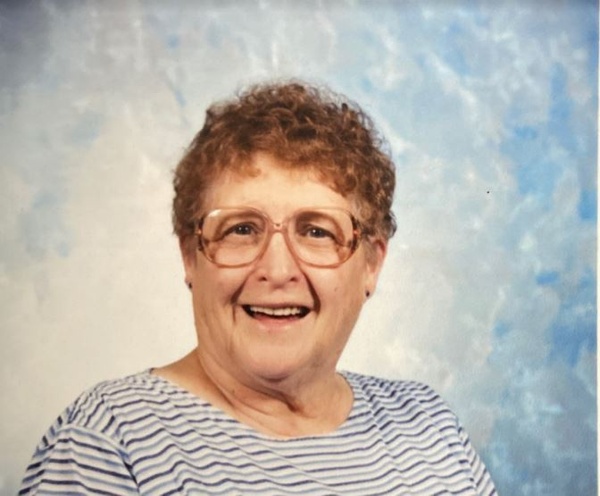 Barb was born on Nov. 29, 1932, at Christ’s Hospital in Topeka, Kansas, to Elsie Dent and Russell Prather. She died at the age of 87 on March 22, 2020, at the Powell Valley Care Center.
Barb spent her early years living in Colorado Springs, Colorado, with her parents. After her parents divorced in 1940 and her mother remarried, she moved to Wyoming with her mom and stepfather, John Mondragon. John worked on farms around the small town of Manderson, so Barb went to grade school and high school in that little community.
In 1949, she married Howard Stewart. To that union a son was born, Dennis Ray. Howard and Barb later divorced. After her divorce from Howard, she met a handsome soldier named John Marvin Eugene Williams. It was while Marvin, as Barb called him, was home on leave after spending two years in active combat in Korea that he and Barb decided to tie the knot.
On March 15, 1952, Barb married the love of her life. To this union was born a son Johnnie Marvin Jr., in 1953, and a daughter Viola Joyce (Vi), in 1956. After Marvin and Barbara were married Dennis became an official Williams as well.
Marvin and Barbara were sealed for time and all eternity in the Jordan River Temple on Oct. 11, 1985, enabling their love story to become one that would endure beyond this life.
Barbara and Marvin lived in the Big Horn Basin for all of their married life, landing in Powell in the early 1960s. They loved this little community.
Barb was a stay-at-home mom while her children were young. When circumstances arose and she needed to work outside the home she went to work for the Powell Hospital as a respiratory therapist. She worked there for 15 years, mostly nightshifts so she could still be home when her children were.
Barb loved to do almost anything if it was with family. She enjoyed camping in the mountains and road trips with Marvin the most. She also enjoyed family reunions and spending time with all of Marvin’s large family.
In her younger years she loved to sew and made most of Vi’s clothing. She also loved to do all kinds of handiwork from quilting to crocheting. As the years passed, she spent a lot of her time putting together memory books with pictures for her children and grandchildren. She loved to do crossword puzzles to keep her mind sharp and she loved to read!
Barb was baptized as a member of the Church of Jesus Christ of Latter-day Saints on June 3, 1956. She served faithfully in many callings in the church, including working alongside Marvin as an ordinance worker in the Billings, Montana, Temple.
She loved doing genealogy and two years after Marvin’s death in 2002 she served a mission for the Church of Jesus Christ of Latter-day Saints in Salt Lake City at the Family History Center. She always said it was one of the greatest times in her life.
While on her mission, she met Orval Varey. They became good friends. After returning home in 2006, she and Orval decided to marry. They had several enjoyable years together until Orval’s death on March 9, 2015.
Even in her 80s Barb kept busy. She served as the librarian in her ward at church, and she volunteered doing hair at the care center two days a week, sometimes three. She was always looking for an opportunity to lift someone’s spirit, and during the last few years of her life, gave away many cuddly teddy bears to those she met who were in need of a little comfort.
Barb was preceded in death by her husbands Marvin and Orval, her parents and stepdad, and her brother Jack.
She is survived by her sons, Dennis and John Jr. and her daughter Vi Yates (Randy); grandchildren, Jason Streeter (Misty), Jennifer Hildebrandt (Ross), Brea Stricker (Mike), David Williams, Corey Bell (James), Daniel Williams, Jessica Hedges (Jon) and 11 great-grandchildren. She is also survived by one sister-in-law, Bonnie Williams, and many nieces and nephews.
Barb had this quote hanging in her room; “The best way to prepare for death is to live life to the fullest.”
She certainly lived her life to the fullest. She went about doing good with a smile on her face and a twinkle in her eye.

To send flowers to the family in memory of Barbara Zoe Williams, please visit our flower store.