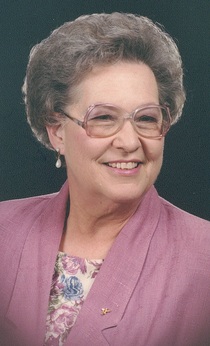 Betty was born January 10, 1936 to Elmer and Kathryn Jones in Forest, Ohio.  She attended schools in Forest and graduated from Forest High School in 1954.  On June 26, 1955, she married Richard D. Wagner in Findlay, Ohio.  She was working for the Ohio Oil Company at the time.  They were blessed by the birth of three children, Ronald D. Wagner(Vicki), Sharon K. Wheat(Steven), Diane S. Delong.  The family moved to Casper, Wyoming in 1966 and worked in the school district for many years.  In 1982, her, Richard and Diane moved to Billings, Mt.  In 1990, she moved to Powell and worked retired from Metzler and Moore Realty. Her retirement was filled with many projects and devoted her life to serving the Lord in whatever he asked.

Betty was a devote Christian and enjoyed being led by the Holy Spirit in her heart and was always there for whomever and whatever they needed.  She was a pillar in the United Methodist Church in Powell for many years, participating in various groups and enjoyed singing in the choir the most of all.  She had a beautiful voice created by God and loved singing his praises.  Betty loved all of her family very much.

Betty loved the Denver Broncos, Colorado Rockies, Wyoming Cowboys, and Powell Panthers. She was  excited when the Broncos won Super Bowl 50.  She was a member of United Methodist Women-Powell and BSF-Cody, Christian Crosswalk library, and read to the seniors at the Senior Center in Powell.

Funeral services will be held Tuesday February 23, 2016 at 2:00pm at the United Methodist Church in Powell.
Visitation will be Monday February 22 from 6-7:30 pm at Thompson Funeral Home. Burial will follow in the Crown Hill Cemetery.
Thompson Funeral Home is in charge of arrangements
The family has requested that Condolences be sent to them online at
www.thompsonfuneral.net. Or to P.O. Box 807, Powell WY 82435

To send flowers to the family in memory of Betty L Wagner, please visit our flower store.