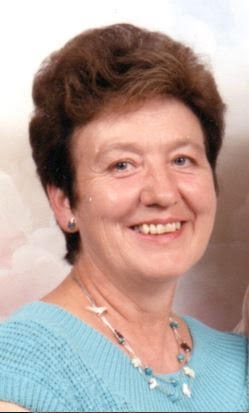 Beverly Ann (Ballenger) Mitchell
(June 18, 1932 - Nov. 26, 2018)
With great pain in our hearts, her family announces that Beverly Ann (Ballenger) Mitchell passed away on Nov. 26, 2018, just after what would have been her 68th wedding anniversary. Her passing has left a hole in the hearts of her loved ones, and an indelible mark on the minds of so many family and friends.
Bev was born June 18, 1932, in Buffalo, Wyoming, where she was raised by her mother’s family in and around Johnson and Sheridan Counties until age 5. She and her mother became the beginning of a large family when Mary (her mother) married Oren (Buddy) Voiles in Buffalo. Bev was the first of nine children born in Buffalo, where Bev lived with her folks and siblings until she graduated high school there in 1950.
Bev moved to Casper shortly after graduation and went to work for the telephone company (Ma Bell). As a switchboard operator, she and her future husband, Donald Mitchell, rekindled a friendship. They had met in Buffalo while “Mitch” was work on the line crew for Ma Bell. Their friendship grew quickly and they fell madly in love and married Nov. 24, 1950, in Buffalo.
Within days, Mitch received his induction notice, and he reported to the Army. Beverly joined Mitch in Savannah, Georgia, where they spent the first few years of their “life forever” while Mitch served in the Army as a communication corpsman trainer. During this time, Beverly became pregnant with their first child, and towards the end of her pregnancy, in December 1952, she returned by bus to Buffalo where she delivered her son, Ken, in January 1953 — on the day that Mitch was discharged from the Army.
Upon Mitch’s return to Wyoming, the two of them embarked on a whirlwind tour of every corner and nook and cranny of Wyoming while Mitch worked on the telephone company line crew. During the next two years, while traveling in a modest 1950s trailer house, Beverly gave birth to two more children, Kathy (born in that trailer house, in Dubois) in 1954, and Karmel, born in Wheatland in 1955. Beverly used to say that if they lived anywhere more that just a month or two at a time, then the next move would be for a few days or a week or two! She still claimed to be able to move in 15 minutes!
The family moved to the east side of Casper in 1958 so they could start the kids in school, where they lived until moving to Mammoth Hot Springs in 1966. She said that when they moved into the house below the campground in Mammoth that she had finally “moved home.” When Beverly finally could claim time to herself, she became an office assistant at the Medical Clinic in Mammoth, but that career was cut short when they moved to Powell.
After moving to Powell in 1971, Bev and Mitch bought a place she called “serving 20 years of hard labor,” but between the two of them they built a home cherished by children, grandchildren, family and friends alike. Because of Beverly’s talents, guidance, love and the hard work of her and Mitch, the home and big red barn east of Ralston became a harbor and refuge for her family for 40 years. Beverly and Mitch built a greenhouse next to the barn, and for several years Bev ran a bedding greenhouse that was visited by hundreds of appreciative customers. After her beloved husband passed away in 2011, Beverly moved to town in 2012, where she puttered in her garden and hosted traveling friends and family.
Beverly was always quick to remember and tell stories of her life as a child in Buffalo, or the trials and trails of the life on the Wyoming highways of the early 50s, or her life in the Park or in Powell. Beverly never complained, “What good would THAT do?” she would say, always concerned for others and was humble to a fault. Those that met and knew Beverly wanted to be her friend, and no better friend could be found.
Beverly was preceded in death by her husband, Donald Mitchell; her parents Mary and Oren Voiles; two brothers John and Richard Voiles; a grandson, Levi Mitchell; and numerous aunts and uncles. She leaves behind her children, Ken (Pat) Mitchell of Powell, Kathy (Doug) Curtis of McNeil, Arizona, and Karmel (Jim) Laursen of Boise, Idaho. Also missing her in their lives are six grandchildren and six great-grandchildren, three sisters and three brothers. Too numerous are the extended family members and friends that will miss Beverly greatly.
At Beverly’s request, there will be no memorial service, but the immediate family has decided that in the late spring or early summer of 2019, they will have a celebration of her life and a casting of her ashes at the place of her choice. Time and dates will be announced with plenty of notification.

To send flowers to the family in memory of Beverly Ann Mitchell, please visit our flower store.