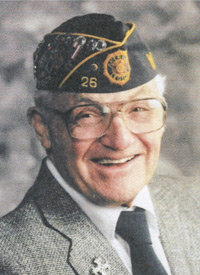 He met and married Helen M. Burke in 1951, while stationed in Oregon. They had three children: Kathy Letendre (Bubba) of Bozeman, Montana, Daniel Eugene of Powell, and Debra Vickers (Larry) of Joliet, Montana.

Bill was a loving and caring person who dressed up as Santa Claus in the Powell area for 20 years. He was a universal blood donor, receiving a 300-gallon pin for giving. He coached baseball for many years and supported the local teams whenever possible. He was a die-hard football fan for the Broncos, and he worked at the IGA store in Powell for over 30 years, and the Pamida store for another 19 years.

He was preceded in death by his parents, William and Grace Pearl, sister Winona Hoggat, and younger brother Raymond Pearl.

He is survived by two younger siblings, brother Willard Pearl and sister Ruth Masgai, both of Pueblo, Colorado. He also leaves behind six grandchildren and nine great-grandchildren.

Cremation has taken place and a celebration of life is pending

To send flowers to the family in memory of Billy Eugene Pearl, please visit our flower store.
Send a Sympathy Card