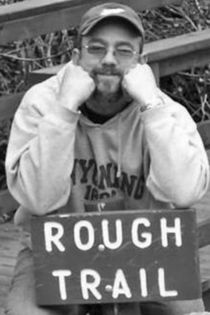 Brandon Scott Machado passed away on February 17, 2017. Brandon loved deeply his cheeseburgers, his animals, the Denver Broncos, his house, beautiful women, a Sunday of NASCAR racing, Star Trek, and his adventures in the outdoors. Not necessarily in that order. He hated injustice, hypocrites, cancer, and slow golfers. Not necessarily in that order.

Brandon Machado was born in San Antonio, TX July 31, 1970 to Diana Logan and Richard Machado. He spent the majority of his youth in Powell, WY where he graduated from High School and attended NWCC. His adventures took him all over Wyoming and Colorado. He settled down in Casper, WY where his neighbors and friends became his extended family. He loved where he lived and the people around him. He also attended UW of Casper where he received his Bachelor Degree in Biology.

Brandon was an organ donor and gave the gift of life through his donations to others. He would tell the recipientsâ€™ and everyone to â€œLive long and prosperâ€.