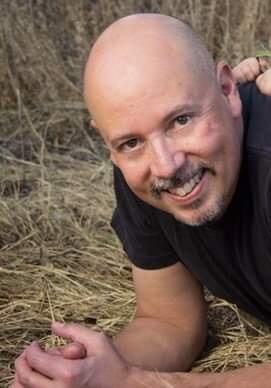 Brett was brought into this world on the go; born into a military family.  Brett was the youngest of three boys.  Moving every 2 years, Brett learned to make new friends wherever he landed.  His family moved from Georgia to Wyoming to California and back to Wyoming following his father’s military career.

Brett earned academic degrees at Northwest Community College in Powell and, Rocky Mountain College in Billings.  He had a black belt in Karate; studied Jeet kun do and, Grace Brazilian Ju jitsu.  He was also a martial arts instructor.

Brett began his career as a counselor, working with troubled youth.  Later Brett worked as a peace officer for the Yellowstone County Sheriff’s Department in Billings then, finally as a policeman then, detective for the city of Powell.  Until his last day, he considered his colleagues at the Powell Police Dept. his family.

Brett had a gentle soul, was very compassionate and, always had time to listen to anyone’s problems.  He had a big heart and, never had a bad word to say against others.

In 2013 Brett met Lisa and they got married.  From this union, a little girl was born.  Her name is Aleah.  She was Brett’s sunshine.

Brett, we love you and, we miss you.

A memorial service will be held at the Charity Baptist Church (116 Day St.) at 2:00 p.m. on Thursday, January 14th.  The service will stream on Thompson Funeral Home’s Facebook page and on the Church youtube channel https://youtu.be/YERGOW4x6ew

To send flowers to the family in memory of Brett David Lara, please visit our flower store.