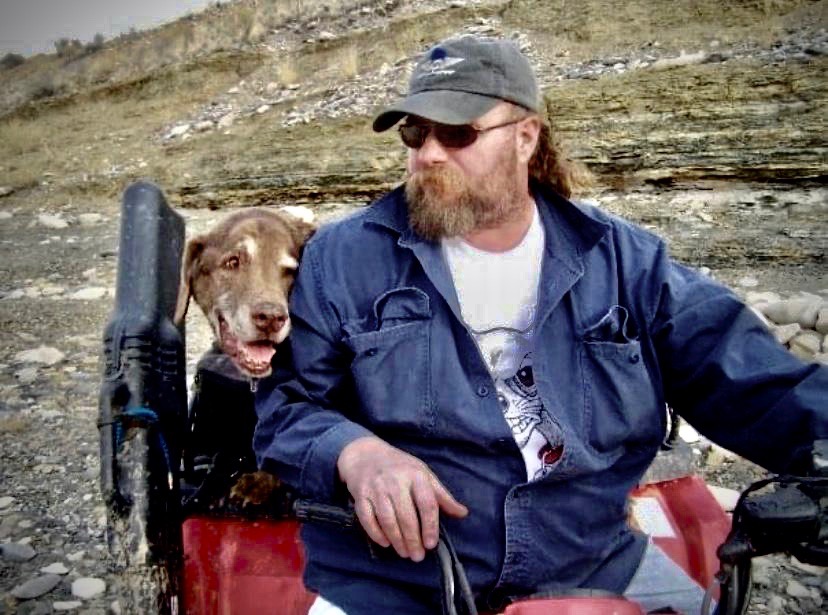 Bruce Brinkerhoff passed away at his home in Powell on September 20, 2020.

Bruce, the son of Arnold and Marian Brinkerhoff, was born in Gillette,Wyoming on August 5, 1963. He attended Westside Elementary and Powell Middle School and High School. On May 26, 1990 Bruce married Karalee Bird, and they were later divorced.

Bruce spent time living in several cities in Wyoming, including Evanston, Casper, and Thermopolis before settling in Powell for the last 32 years.

He loved the 18 wheeler and was an OTR driver for many years and most recently he worked for Big Horn Enterprises in Resident Care Services.

Bruce was a baptized member of the Church of Jesus Christ of Latter-day Saints.

In his free time, Bruce loved camping, hunting, and being in the mountains. The Big Horns were considered his “church chapel”. He was never without his dogs, camper and four wheeler.

Graveside services will be held on Saturday, October 3, 2020 at 9:00 am at the Lovell, Wyoming Cemetery.

To send flowers to the family in memory of Bruce Zeller Brinkerhoff, please visit our flower store.
Send a Sympathy Card