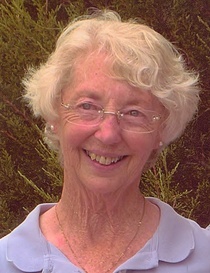 Burnadette â€œBurnieâ€ E. Burke of Powell died Aug. 12, 2016, following a long, courageous struggle with cancer. She was 69.
Burnie was born May 11, 1947, in Fort Collins, Colorado, to Pauline (Dunn) and Phillip Tamlin.
She married Michael Burke on April 16, 1966, in Powell. The couple made their home in California, Washington, Hawaii, Maryland, Florida and Powell.
Burnie worked as a seamstress and also enjoyed crocheting, doll making and beadwork.
She was a gentle, smart, kind and incredibly strong individual who was always a positive influence on those who knew her.
Selfless throughout her life, her only worries were for those who she was leaving behind.
Burnie will be missed beyond measure.
She was preceded in death by her parents and brother, Lynn.
Burnie is survived by her husband Michael Burke of Powell; son Steve and daughter-in-law Vicki (Melger) Burke of Port St. Joe, Florida; daughter Deana and son-in-law Dave Ross of Panama City, Florida; brother Wayne Tamlin of Powell and sister Bettienna Kinder of Cody; and two grandchildren, Michael and Chloe Burke of Port St. Joe, Florida.
A private family memorial will be held at a later date.
Thompson Funeral Home is in charge of arrangements. Condolences can be sent to the family at www.thompsonfuneral.net or to P.O. Box 807, Powell, WY, 82435.
To send flowers to the family in memory of Burnadette E Burke, please visit our flower store.