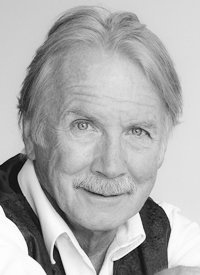 He spent his youth playing baseball and football, where he earned the nickname “Animal,” and it was said that he approached everything in life with gusto. His mother instilled in him a love of books that followed him throughout his life. He had an intense love of life, family, learning, music, nature and the outdoors. He met his wife, Janet, in Sacramento, in 1974, and they married in Chico, California, in 1978. He was blessed with three wonderful children, Burton J. Bradley, Sierra R. Bradley and Layla M. Bradley.

Burt graduated from Kennedy High School in Sacramento, where he played football and baseball. He received an A.A. from Sacramento City College in 1975, where he participated in theater. He was also involved in community theater in Sacramento during that time. He received a B.A. in English from California State University, in Chico, in 1980, and his Ph.D. from the University of New York at Stony Brook, in 1986, where he was a Mumford Fellow and a part of the Federated Learning Community, an interdisciplinary program.

Burt’s career as a faculty member and then as humanities division chair began at Northwest College in 1986. He taught English and interdisciplinary courses for 30 years, among which was “Writing in the Wild,” which introduced vast numbers of students to the beauty and wonder of the Yellowstone ecosystem and the Southwest desert. His teaching style was collaborative, inclusive and inspiring. Many students who feared putting pen to paper were coaxed into exploring their voices in Burt’s classes, and those who saw themselves as budding poets and writers were nurtured along their individual paths by Professor Bradley. He was honored with the status of professor emeritus when he retired from Northwest College.

As well as being a respected, sought-after instructor, Burt was valued by his colleagues and community members for his willingness to collaborate on projects both local and far-reaching, such as poetry readings and exhibits, workshops and performances.

Burt’s love of teaching was matched by a passion for poetry and music. Poets and composers were his lifetime teachers. He prized originality and took much pleasure in his lifelong dialogues with other writers, and he used art to show students how to live the satisfying and generous life that he modeled.

Writing was his way of life, something he did every day. After retiring in 2016, he was finally able to pursue, more fully, this passion. His book, After Following, was awarded first prize in the 2018 Homebound Publications Poetry Prize and published in April 2019. A second book of poetry, Letters to Michelangelo from Wyoming, will be published from Homebound Publications Spring 2021.

Burt is survived by his wife Janet of Powell; son Burton J. Bradley, and grandchildren, Alex and Sofia of Olympia, Washington; his daughter Sierra Bradley-Warfel, son-in-law Maris Warfel, and grandson Dylan, of Billings, Montana; and daughter Layla Bradley of Powell; his brothers, Timothy Bradley of Seattle, Washington, and Dennis Bradley of Granite Bay, California; sister-in-law and brother-in-law Nancy and Terry Morgan of McDonough, Georgia, and their children Jessica Morgan and family, and Terri Jean Ragan and family; sister-in-law Ruth Morgan of McDonough, Georgia; and niece Ivy Eagleton (Reed) and family of Powell.

A celebration of life will be held at a future date. For Burt Bradley’s family, friends, students and co-creators, his memory will always be a blessing.

His family requests that, for those who so desire, gifts be made to support Student Scholarships at Northwest College, C/O NWC Foundation, 231 W. Sixth Street, Powell, WY 82435, or online at www.nwcollegefoundation.org/give. Please note Burt Bradley in the comments section.

To send flowers to the family in memory of Burton Melvin Bradley, please visit our flower store.