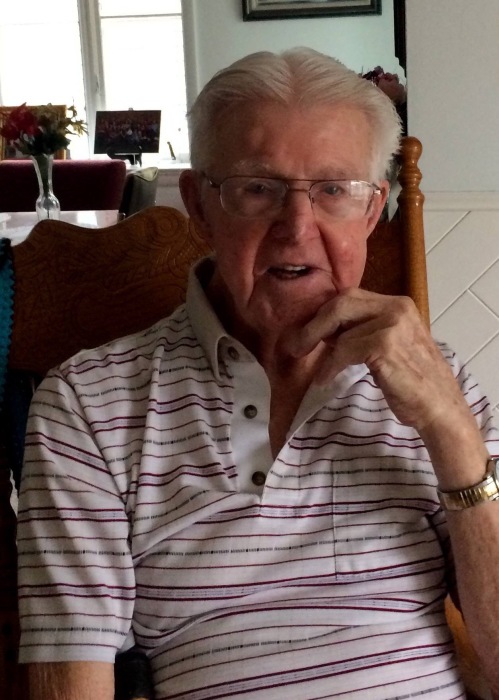 Red graduated from Burlington High School, and went on to serve in the U.S. Army Air Corps. He served as a B-17 tail gunner.

Red married the love of his life, Jill Leonard, on Feb. 2, 1945, in Avon Park, Florida. They made their home in Greybull. The couple enjoyed 72 years of marriage.

Red was self-employed as a fuel distributor. He also served as a volunteer fireman and was a member of the Elks. They made their home in Powell after retirement

His hobbies included fly fishing and golf, and he also served as a softball umpire.

A private family gathering will be held to remember Red.

Thompson Funeral Home is in charge of arrangements and condolences may be sent to the family at www.thompsonfuneral.net or P.O. Box 807, Powell, WY 82435.

To send flowers to the family in memory of Byrne J McIntosh, please visit our flower store.
Send a Sympathy Card