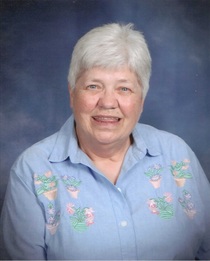 Carline was born May 10, 1944 to Paris and Edna (McKeever) Davis at their home in Waynesville, Ohio.  Graduated from Waynesville High School in 1963.  After graduation, went to IBM school where she was placed in Wright Patterson Air Force base to work for about a year.  She then went to a clerical school sponsored by the State of Ohio where she was placed in a job at the Cincinnati General Hospital in the Psych Dept.  She worked her way up to supervisor in the In-Patient section of Psych Dept.

Met her husband (Allan H. Burken) in October of 1970 and were married on February 13. 1971 and moved to Clinton, Iowa where she worked at Jane Lamb Hospital and Blainâ€™s Farm & Fleet store.  In 1976, they moved to Fort Collins, Colorado where Allan worked at Woodward Governor and Carline worked at two different real estate offices.  In 1978, they moved to Columbia Falls/Whitefish, Montana area where they started their own business named Midway Rental & Power Equipment.

In July1994, they sold their business and retired and moved to Powell, Wyoming where they currently live.  They spent 8 months in Powell during the summer weather and 4 months around the Yuma, AZ and recently in Golden Valley, AZ during the winter months.

She is preceded in death by her father (Paris Davis), her brother (Bill Davis), her maternal grandmother (Lizzie McKeever), and two nephews (Vincent & Paris Davis Leyes).

Camping, road trips and coffee with friends were some of her favorite things to do.  Especially having coffee with friends.  Carline will be missed by all.
To send flowers to the family in memory of Carline K Burken, please visit our flower store.
Send a Sympathy Card