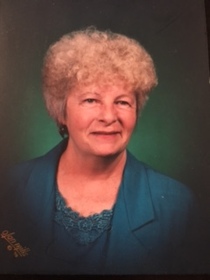 Carol Ruth Mathews, longtime resident of Cody, Wyoming, passed away May 13, 2017 in Loveland, Colorado. Carol was 77 years old.
Carol was born June 16, 1939 in Billings, Montana to Leo and Ruth Branstetter. She spent most of her formative years in Powell and graduated from Powell High School in 1957. In June of 1961, Carol married John Mathews. They remained happily married for over 31 years until his passing in 1993.
Early in the marriage, John completed his degree from Eastern Montana College in Billings and Carol gave birth to their first child, Monica. After John began his teaching career, the couple moved to Newport, Oregon where their second child, John, was born. The family then moved to Hardin, Montana and finally settled back in the Big Horn Basin where sons Wilbur and Clint were born into the family. The couple bought a home in Cody and raised their family. Carol and John were truly a happy couple; they raised their children in a house filled with laughter and stories.
Carol worked for Robirds and Associates for a number of years and then served as the secretary for the regional manager of Pamida until her retirement. While she enjoyed work, Carol found true happiness at family gatherings and around the Bridge table with her friends. She enjoyed playing the piano and gave lessons to many young players over the years.
She was preceded in death by her parents, Leo and Ruth Branstetter; her brother, Gary Branstetter; and her husband, John Mathews.
Carol is survived by her daughter, Monica Morales and her daughters Kelsey and Kayla, Lafayette, Colorado; and her sons, John Mathews, Arvada, Colorado; Wilbur Mathews and his sons Jesse and Tucker, Cody, Wyoming; and Clint Mathews, his wife Tracy, and their sons Kenan, Landon, and Cooper of Gillette, Wyoming. Other survivors include her sisters, Mary Hatch and Gladys Schwab; and a brother, Donald Branstetter, all of Powell, Wyoming.
A memorial service will be held at 2:00 pm on Saturday, May 20, 2017 at the Thompson Funeral Home in Powell, Wyoming. A reception to follow at the Eagles in Powell (131 N. Clark Street).
To send flowers to the family in memory of Carol Ruth Mathews, please visit our flower store.
Send a Sympathy Card