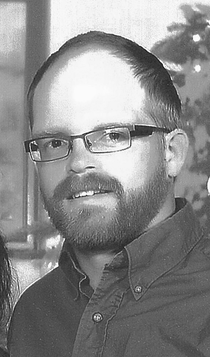 
Casey Joe Menuey of Powell, son of Richard Menuey Jr. and Renee Malliot, died in Moab, Utah. He was 33.

He is survived by his wife Gabriel Cogswell Menuey, whom he married on April 15, 2006; his daughter Telisha and his sons Damean and Daytona. He is also survived by his brother Christopher Menuey and his sisters Melissa Fisher and Michelle Menuey.

Casey was preceded in death by his grandparents Joe and Franklin Malliot.

He was a loving father and a dedicated worker. Casey worked for Olsen Welding of Powell for 17 years.

Casey enjoyed the outdoors, four-wheeling, fishing, spelunking and a good drive to finding a new adventure. There wasnâ€™t a trail that he wouldnâ€™t at least try. Casey was adventurous, with a great big heart. He was one of a kind. Casey would be there for anyone in need, and he did not expect credit in return.

He will be dearly missed by his family and friends.

Services will be held at Thompson Funeral Home in Powell. The date and time will be announced later this week.