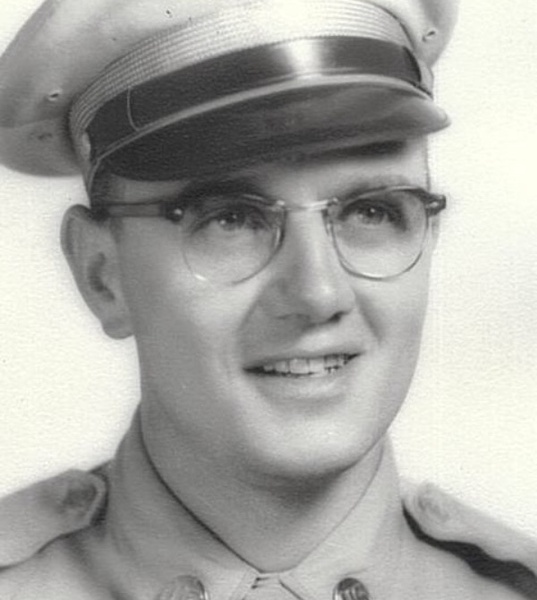 Charles Sherman Sheets passed away peacefully at the Long Term Care Center in Cody, Wyoming on Oct 09, 2021. Charles was 92 years old.
Charles was born in Powell, Wyoming on June 14, 1929, to Horal Bryan Sheets and Maggie Lou (Ewalt) Sheets. He was raised on a farm in the Willwood area.
One wintry night, Charles ventured to the roller skating rink on New Year’s Eve, 1952 and met Mary Lou Doely, and as they say, the rest is history. Charles asked her to dance. They were engaged 30 days later and married 31 days after that on March 2, 1952 at the Lutheran Church in Cody, Wyoming. This union was the start of a life time of loving each other.
After serving in the Korean War, the couple bought a small farm on Whistle Creek, 15 miles out of town. The work was hard, but they prospered and always had time for a game of cards, family gatherings and a visit at the Whistle Creek Clubhouse. Mary and Charles had four children, Pamela, Gail, Brian, and Timothy. The family were members of Hope Lutheran Church in Powell. After many years, Mary and Charles sold the farm in Powell and retired on a small farm in Lovell, Wyoming where they became members of Saint John’s Lutheran Church.
Even though Charles was a farmer/cattle man, he made most of his living trading and dealing with people on all sorts of items from livestock to land. If there was a horse he would ride it, a song he would sing it, a tune he would dance to it, a joke he would laugh, a person he would visit, a deck of cards he would deal them, a pole he would fish it, a story he would tell it(several times). Charles loved riding and camping in the mountains. He built a covered wagon and trained a horse team, the entire family rode on the Wyoming Centennial ride. He fiercely loved his wife and family until the last days of his life. We firmly believe Dad is holding Mary’s hand in heaven at this moment.
Charles was preceded in death by his parents, wife Mary, sisters (Beverly and Dixie), and his youngest son Timothy. He is survived by Daughters (Pamela Lou Szymanski (John), Gail Ann Fennell (Dick), Son (Brian Horal Sheets, (Julie). 9 Grandchildren, 18 Great Grandchildren, and his sister Janet Straight.
Due to COVID concerns, a private burial will held at Crown Hill Cemetery. A celebration of Charles’s life will be held a later date when the world is a safer and healthier place.
In lieu of flowers, all donations received will be given to the “Shoshone Back Country Horsemen’s Association of America”.

To send flowers to the family in memory of Charles S Sheets, please visit our flower store.
Send a Sympathy Card