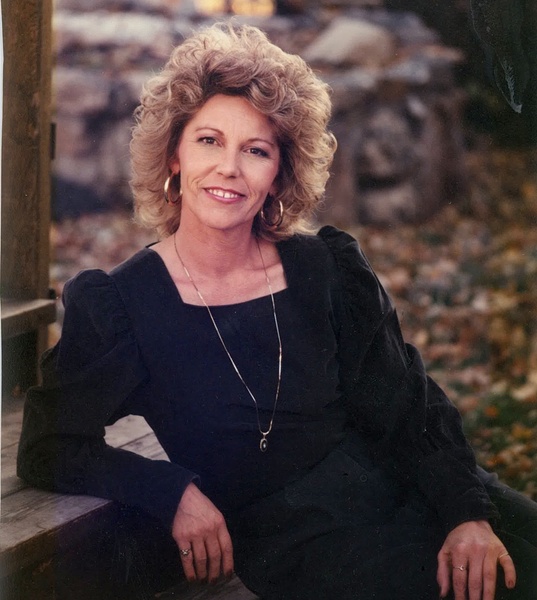 Clara Elizabeth Cobourn
January 27, 1947 - July 16, 2021
Clara Elizabeth Cobourn of Powell, Wyoming, passed away on July 16, 2021. She was a loving mother, grandmother, and loyal friend.
Clara was born in Buffalo, Wyoming, on January 27, 1947. She graduated from Powell High School in 1965. On June 2nd, 1966, she married Richard Dale Cobourn at Saint Barbara’s Catholic Church and together, they moved to Clark, Wyoming and opened Edelweiss. They had three children Christy, Juli, and Casey. Clara and Rich later divorced in 1986.
Clara made her home in Powell, Wyoming. She worked as an office manager at Aldrich Lumber and then Simplot where she retired. Clara was a member of the Eagles and Elks. Throughout the years, she enjoyed watching all of her kids and grandkids play sports and perform in activities. Her favorite holiday was Halloween where she would dress up in costume every year.
Her hobbies included gardening, crafts, canning, camping, and playing Bridge, but her favorite pasttimes were playing bingo and gambling with her friends. She lived life to the fullest often times dancing the night away at Cassie’s followed by an early morning breakfast at Granny’s or enjoying Harley rides and going on Poker Runs. She could be seen at various places during the football season in Cody and Powell making sure everyone had their football books for the year and writing her name on the football boards for a chance to win.
Clara Cobourn is survived by her three children Christy Stenerson (Colby), Juli McNeil (Brian), and Casey Cobourn (Jacque); her sisters Margaret “Maggie” LaFollette (Jim) and Brenda Kennedy (Dick); and her grandchildren Ty Nieters (Morgan & Ryker), Trevin McNeil, Madison Nieters, Kortney Gaughan
(Connor), Tayli Stenerson, Nic Nieters, Aubrie Stenerson, Trey Stenerson, Jayde Cobourn, Nathaniel Cobourn and numerous special nieces and nephews. She was preceded in death by her father, Albert Brunner, mother, Susan Hosler, Grandma Skogen and her loving pet dog Petey.

To send flowers to the family in memory of Clara Elizabeth Cobourn, please visit our flower store.