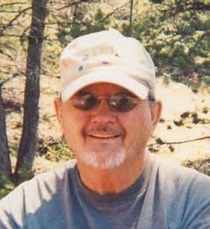 T. Clay Davis
Terence Clay Davis, 75, of Powell, said he just drove that old truck hard and plumb wore it out!
So he parked it Sunday morning, September 18, 2016, and went home to be with his Heavenly
Father and Savior, Jesus Christ.
Clay was born in Lovell, Big Horn County, Wyoming, April 28, 1941, to Franklin Edward and
Eldora (Mickelson) Davis. He graduated from Byron High School in 1959 and Northwest College
in 1965. He served a two-year mission for the Church of Jesus Christ of Latter-day Saints in Florida.
After returning from his mission, he courted MaryLou Kylander; his story was that he chased her
until she caught him! They were married September 3, 1965, in Powell, and sealed for time and
Eternity in the Cardston, Alberta, Canada Temple September 7, 1965. They celebrated their 50th
wedding anniversary with a trip back to Cardston and the Temple. Clay was a proud US Army veteran who served his county with the 1st Battalion (Reinf) 3rd Infantry (The Old Guard) in Fort Myer, Virginia; 11th Armored Cavalry Regiment (Blackhorse Regiment) in Vietnam and 895th Military Police Company in Okinawa.
Clay was one of those guys who could always find work when others couldnâ€™t. He was a good
provider for his family and worked a variety of jobs over the years, including construction, heavy
equipment operator, truck driver, farm and oil field work. He generously gave to others who were
in need of some help.
Clay and MaryLou are the parents of two children, Marci Jill Davis of Cody, and Denton
Kylander Davis of Powell.
In addition to his loving wife and children, Clay is survived by his daughter-in-law Alta (Wood)
Davis and grandsons Kylander William and Hunter Clay of Powell; brother, Bradley Wells Davis
(Sharlene) of West Valley City, Utah; sister, Debra (Davis) Dalton of Cody; mother-in-law,
Roselin (Pryde) Kylander of Powell; brothers- and sisters-in-law, Gary and Jeanne Greenwald
and Jeff and Roxane Sheridan of Powell; and numerous cousins, nieces and nephews.
He was preceded in death by his parents and father-in-law Ernest â€œKyâ€ Kylander. Clay was
deeply loved and will be sorely missed.
Cremation has taken place and memorial services will be held Wednesday, September 21, at 10
a.m. at the Church of Jesus Christ of Latter-day Saints, 1026 Avenue E, Powell, Wyoming.
Thompson Funeral Home is assisting Clayâ€™s family with arrangements; cremains will be interred
at Crown Hill Cemetery in Powell.
Memorials may be made to the charity of your choice, Northwest College Nursing Program or
Spirit Mountain Hospice House in Cody, Wyoming

To send flowers to the family in memory of Clay Davis, please visit our flower store.
Send a Sympathy Card