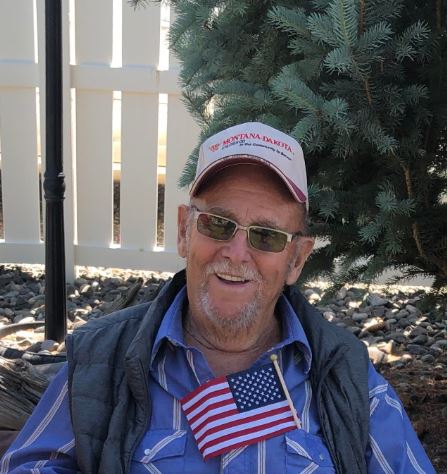 He was born in Roscoe, Mt on July 17, 1934 to George and Florence Thomas, the oldest of three children.

Cliff graduated from Powell High School in May, 1953 and married the love of his life, Shirley, on July 18, 1953. To this union were born four children. They Celebrated their 60th anniversary in 2013.

Cliff was a hard worker all his life and spent his working years in many different endeavors, such as iron worker, construction worker, oil field worker, and owner of two businesses---- Cliff’s Big Horn Oil Company and Auto Care Center.

Besides work, his favorite pastimes were camping, fishing and wood working in his garage. His love of automobiles was evident in that he spent a lot of time restoring & polishing them. Another favorite was going south in the winter, which he and Shirley enjoyed for over 20 years.

He was proceeded in death by his parents and brother, Frank. He is survived by his wife, Shirley, daughters, Sherry (Marshal) Robin of Quartzite, AZ. Teresa Alexander of Powell, Kelly (Jim) Johnson of Pahrump, NV and son, Darren (Julie) Thomas of Powell and sister, LaVada Logemann of Kentucky, as well as many nieces and nephews. He is also survived by six grandchildren, Toby (Laura) Robin of Boise, ID, Tonya (Casey) Boardman of Madison, AL, Ryan (JoLynn) Copenhaver of Peoria, AZ, Alisa (Brent) Bissell of Woodland Hills, CA, Nick Oliver and Jarred Oliver of Powell, WY as well as sixteen great-grandchildren.

To send flowers to the family in memory of Clifford Thomas, please visit our flower store.
Send a Sympathy Card