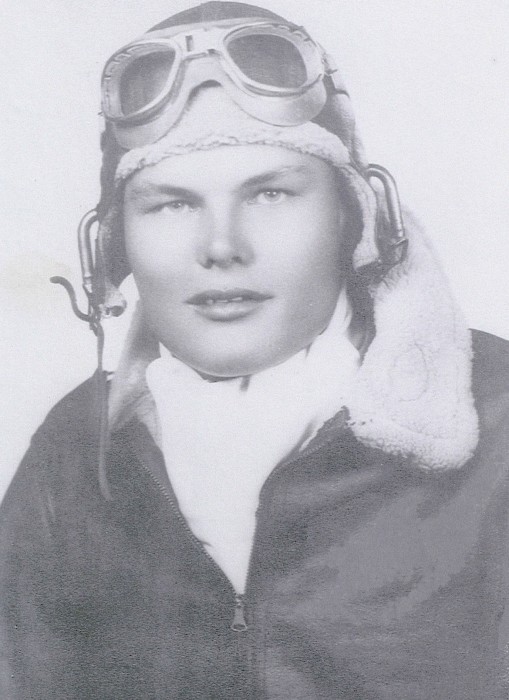 Curtis ‘Curt’ Nathaniel Jasper
(July 17, 1925 - Nov. 11, 2017)
Curtis “Curt” Nathaniel Jasper was born July 17, 1925, in Torrance, California. He died Nov. 11, 2017, in Powell, from natural causes. He was 92.
Curt lived and attended public schools in North Long Beach, California. In his first year of high school, he met Barbara May Wilbert and they instantly became “steady” sweethearts. As a high school senior, World War II was underway, so Curt at 17 enlisted as a Private in the Army Air Forces Enlisted Reserves.
After high school graduation and his 18th birthday, he was called from Junior College to active military duty. Two days prior to graduation from Army pilot training, Curt and Barbara were married in the Chapel at Pampa Army Air Field, Texas. At age 19 and as a 2nd Lt, he was one of six from his graduating pilot class, and without further training, to be retained “over-night” as a B-25 Billy Mitchell medium bomber flight instructor.
After two Army flight instructor assignments and WWII still underway, Curt was sent to fly with the Navy; he then became an Army night fighter pilot for 14 months in the Pacific. In 1947 he was inducted as a 1st Lt. Pilot into the new U.S. Air Force; later, he received a “hardship” discharge into the Active Air Reserves to care for his post-surgery wife.
Curt then worked as an L.A. County survey team lead chainman, Shell oil drilling crew roughneck and finally, L.A. County Deputy Sheriff. He held each job while attending the University of Southern California (USC). In early 1953, Curt was recalled to active Air Force duty for the Korean conflict and assigned stateside flight/ground instructor, plus check pilot jobs. In 1954 he received a commission as an Air Force Regular Officer. Later, he became a recip and jet Combat Aircraft Commander with the Strategic Air Command (SAC) and had multiple combat tours in Southeast Asia; after which he entered the SAC safety field.
This career change saw successful completion of available safety programs, such as: undergrad and grad (4.0 GPA) at USC, FAA, Dept of Labor, and military nuclear, missile, explosives, ground and flight specialty courses. His operational inspections received top ratings with desirable transfers and promotions resulting.
He earned a BS in Criminal Justice from the University of Nebraska, and many military decorations/awards. Early in 1978, after nearly 35 years of military service and from a position on the senior staff at SAC Headquarters in Omaha, Nebraska, Curt retired from the Regular USAF as a Colonel Command Pilot. Following his and Barb’s “retirement,” he worked an added eight years in Fort Worth, Texas, Criminal Justice positions. After 13 years of Texas, follow-up visits to Sequim, Washington, led Curt and Barb in 1991 to move there and for Curt himself, to build their dream log home. Eleven years later, with urging from their kids, it became wise for care-giving supervision, to build a final home in Powell, as invited “squatters” next to the acreage of youngest daughter Katie and son in-law Dale Jensvold; then later moving into Powell Valley Care Center.
Through his 92 years, Curt often expressed appreciation for having been blessed with a great life, family and final years in Powell. Besides Barb, his wife of 73? years, he has four surviving adult children: Gaye J. Kihorany of Soquel, California; Diane J. Foushee’ of Arlington, Texas; Katie S. Jensvold of Powell; Fred C. Jasper of Fort Worth, Texas; also surviving, Curt has18 grandchildren and nine great-grandkids.
His affiliations included: Immanuel Lutheran (MS) Church (baptized MS Lutheran in 1945 and confirmed between combat tours in 1966), the VA, AMVETS, DAV, Canam affiliate in Stephenville, Newfoundland (1964), AF A, USAA, AFBA and MOAA.
Cremation has taken place. No contributions, or flowers are solicited. A brief public memorial service will be held at Powell’s Immanuel Lutheran Church at 10 a.m.Monday, Nov. 27. Pastor Lee Wisroth, Thompson’s Funeral Home, wife Barb and daughter Katie are handling arrangements.

To send flowers to the family in memory of Curtis Jasper, please visit our flower store.
Send a Sympathy Card