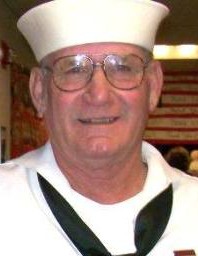 Dale Charles Clifton, 75, passed away on Oct. 22, 2019, in Billings, Montana. He was born on Aug. 8, 1944, to Carl William Clifton and Evelyn (Gunderson) Clifton.
In high school, Dale played the saxophone and later played the organ. He served in the U.S. Navy from 1963 to 1967. He was a farmer and owned and operated Dale’s Welding.
He was preceded in death by his dad Carl Clifton, mom Evelyn Clifton and brother Milton (Bud) Clifton.
He is survived by his brothers Butch (Anna) Clifton of Powell and Duane (Marcy) Clifton of Apache Junction, Arizona; sisters Norma (Kent) Taylor of Tucson, Arizona, Nancy (Bruce Given) Newton of Fallon, Nevada, Karen (Dennis) Kunkel of Sioux Falls, South Dakota, Julie (Don) Collingwood of Shell, Wyoming, and Susan (Jay) Vandenboom of Powell; son Rick (Lisa) Clifton of Nine Mile Falls, Washington; daughter Amy (Anthony) Aguirre of Powell; grandchildren Nikkole Clifton of Spokane Washington, Jadyn Clifton of Nine Mile Falls, Washington, Alex Aguirre of Powell, Aspen Aguirre of Powell, Ashlyn Aguirre of Powell, Asher Aguirre of Powell, and Anne Aguiree of Powell; great-grandchildren Kourtney Clifton of Spokane, Washington; and numerous cousins, nieces, nephews, extended family and friends, too many to mention.
Services are to be held 10 a.m. on Wednesday, Oct. 30, 2019, at the Yellowstone Building on the Northwest College campus. In lieu of flowers, his family asks friends to please visit with a veteran, take them out to lunch, and thank them for their service. Donations can also be made in Dale’s name to the Color Guard.

To send flowers to the family in memory of Dale Charles Clifton, please visit our flower store.
Send a Sympathy Card