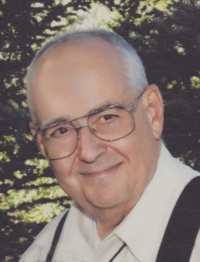 Darrel Lee Blevins passed away in Powell, WY on November 6, 2013 after a courageous battle with Pulmonary Fibrosis.  Darrel was born in Powell, WY on September 18, 1942.  After graduating from high school in Helena, MT, he began college at Northwest Community College in 1961 before marrying Janet Kaye Cavalli on August 5, 1962.  Darrel and Janet met when they were 15-years old and living in Cheyenne, WY.  After they married, they lived in Powell until 1963 when they moved to California so that he could attend USC.  His career with Safeway stores began in 1959 as a Box Boy and continued until 1989.  In those 30-years, he held several positions, but spent most of his career as Director of Human Resources for the Butte, Portland and Salt Lake City divisions.  He also spent time in the Bay Area offices.  He and Janet embarked on a new career, with the urging of his brother, Ron, by opening Red Lodge Office Supply in 1991.  They then purchased Powell Office Supply in 2001 and moved back to Powell in 2003, finally coming back home after 40 years.  During his various careers, Darrel Blevins volunteered with many different organizations, and touched many lives over the years, including Boy Scouts of America.  Darrel was the Scoutmaster for Troop 411 in Sandy, UT.  During his tenure as Scoutmaster, he mentored many Boy Scouts to go on and lead by his example.  He was a man that preferred to do good work with many different people, and shied away from being recognized for all that he accomplished.  He leaves behind his wife and best friend of 51-years, Janet Blevins and their two sons, Randy Blevins (Vickie) of Colorado Springs, CO and Martin Blevins (Heidi) of Bainbridge Island, WA and six grandchildren (Justin, Tyler, Donavan, Darrel, Zoe and Sophie).  Darrel was a true family man and loved spending time with his children and grandchildren, especially in the mountains.  He also leaves behind his brother, Ron Blevins, of Powell, WY.   There will be a Celebration of Life to honor Darrel on November 16, 2013 at United Methodist Church in Powell, WY at 11:00a.  In lieu of flowers, the family would like to encourage donations sent to Powell Valley Hospital Hospice, In Memoriam of Darrel Blevins, 777 Ave. H, Powell, WY 8435 or National Jewish Health for research on Pulmonary Fibrosis at 1400 Jackson Street, Denver, CO  80206-2761.

To send flowers to the family in memory of Darrel Lee Blevins, please visit our flower store.