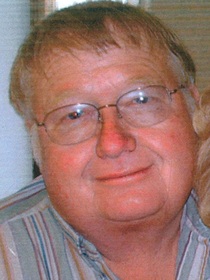 David Lee Preator (age), went to his Heavenly Father in peace on November 30, 2015 from his home in Powell, WY.

David was born May 6, 1950, the second son of Stanley Eyre and Vivian Salmela Preator.  He grew up on the homestead in Burlington, WY.  He loved to hunt and explore the hills.  He raised sheep and participated in FFA, basketball, and football during teenage years.  Dave graduated from the University of Wyoming with a degree in 1972.

That same fall, after returning to Burlington, he met the love of his life, Judy Anne Waltman.  They married December 21, 1973 in Cody, WY.  Together they had 5 children; Aaron, Brad, Ryan, Chandra, and Lacey.  Dave was active in his childrenâ€™s lives.  He enjoyed teaching them about farming and ranching.  He appreciated watching them participate in school activities as well as show their champion animals for 4-H and FFA.  He was very proud of all of his children.  Dave was a 30-year 4-H leader.

Dave and Judy farmed and raised cattle and sheep on the family homestead.  After continuing his education, achieving additional degrees in elementary education. Dave began working with the Soil Conservation Service as a surveyor and technician.  Most of the present irrigation systems in Big Horn County were designed by Dave.  He won many awards for his designs during his service with the Soil Conservation Service.  Even in retirement, Dave enjoyed helping friends and family design irrigation systems as well as sharing tales of his previous projects.

Dave was a very good artist.  He invented many fantastic, usable things.  His daughter said, â€œWe have no junk here â€˜cause daddy can make something out of anything.â€  He designed and built a log home with the help of his son Ryan.  Dave and Judy lived in their dream home for many years until a decline in health brought them to Powell, closer to family.

Through declining health, Dave was still able to appreciated small hobbies and time with his grandchildren.  He thought they were the most beautiful and smartest children in the world.  He taught Judy about football.  They enjoyed watching the games together.

Dave was a member of the Church of Jesus Christ of Latter Day Saints.

Services will be held at 10 AM Friday December 4, 2015 in Burlington, WY at the LDS church with a graveside service to follow.
To send flowers to the family in memory of David Lee Preator, please visit our flower store.
Send a Sympathy Card