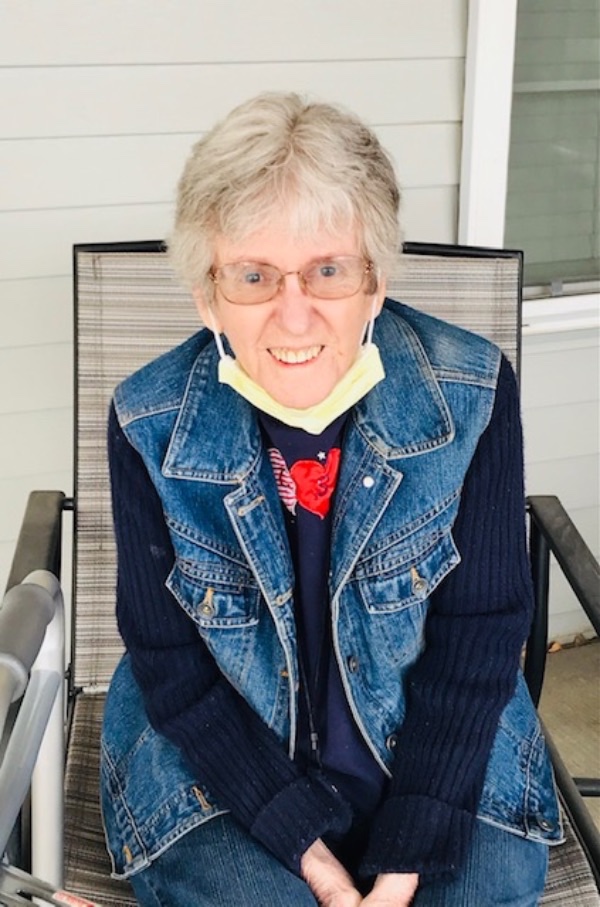 Deb Chidsey of Powell, WY passed away at Cody Regional Health Spirit Mountain Hospice House on May 7th, 2021. Deb was born in New Haven, Connecticut on August 15, 1941, and lived in Connecticut, Pennsylvania, Alaska and Utah in her youth. She graduated high school in Provo, Utah. While her father was teaching forestry classes at Utah State University in Logan, Utah, Deb met Pete Chidsey. Pete was a student in her father’s class, and they married on December 24, 1960, in Yakima, WA. Three daughters were born of this marriage: Ginny, Allison and Catherine which she bestowed upon them the qualities of compassion, independence, and stubbornness (when needed). Pete worked for the US Forest Service and Deb loved being stationed with her family in many beautiful places, including Texas, Arizona, Big Creek and North Fork, CA; Ft. Collins, CO; Stub Creek Ranger Station during the summers in Colorado; Custer, SD; Douglas, WY and finally Lovell, WY. While in Lovell, their three daughters graduated from Lovell High School.Deb never missed a sporting or school event of her three daughters. In July of 1997, Deb and Pete moved to Powell, WY. Pete passed away in 2014. After his death, a picture of Deb was found in his wallet that she had given him 54 years earlier when they began dating. Throughout Deb’s lifetime she enjoyed knitting, cross stitch,sewing, bowling, playing bridge at the North Big Horn Senior Citizens Center in Lovell, patronizing garage sales with her friends,and caring for her border collie companions Ebony and Sadie. Debwas an active member of Powell’s St. John’s Episcopal Church. Deb contributed to the community by volunteering for Meals on Wheelsfor the North Big Horn Senior Citizens Center of Lovell and at St. John’s Thrift Shop in Powell. Once Pete had passed, she prided herself on being able to take care for her large lawn and house without help.

Cremation has taken place with Thompson Funeral Home in Powell.A memorial service will take place at St. John’s Episcopal Church on Saturday, July 24th, 2021, at 10:00 am with burial at Crown Hill Cemetery in Powell, WY next to her husband Pete followed by a reception at the Washington Park Shelter. Services will be streamed for those who can’t attend on YouTube. You can click here to view the services. In lieu of flowers, her family respectfully requests memorial contributions be made in her name to: Cody Regional Health Spirit Mountain Hospice House, St. John’s Episcopal Church, Powell Animal Shelter, North Big Horn Senior Citizens Center of Lovell, Powell Senior Citizens Center or a charity of one’s choice.

Memorial contributions can be submitted to the following:

To send flowers to the family in memory of Deborah "Deb" Chidsey, please visit our flower store.
Send a Sympathy Card