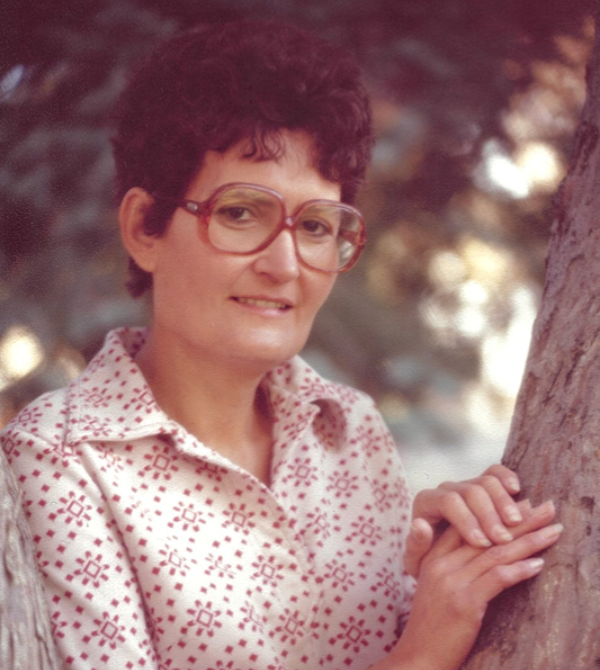 On July 30, 2021, the gates of Heaven opened and our Lord and Savior welcomed our beloved family matriarch into her eternal home in the city not built by hands.

Edith Delores (Eden) White was born on the Oct. 3, 1936, in a small farmhouse near Bitter Creek, which is northeast of Powell. Delores was the first of five children born to Fred and Hildreth (Lange) Eden.
Known as Sis to her family and friends, she grew up near Kane and Penrose, Wyoming, and attended Powell schools, graduating in 1955.
She married Kent O. White in 1956 and had three boys during this marriage, divorcing in 1975. Following her divorce she remained in the shadow of Heart Mountain raising her youngest son, gaining an education at Northwest Community College and beginning a career in accounting. For many years she worked for Montgomery Ward, becoming manager of the Cody store and later transferring to the store in Grand Junction, Colorado.
When Wards was sold, she returned to Powell to care for her elderly parents and began a career with Shoshone/Heart Mountain Irrigation District, where she worked until retirement. After retirement, she worked seasonally with H&R Block, preparing taxes for many who became her friends. During this time she also served as bookkeeper and secretary of the Homesteader Museum Board.
Delores was a quiet, reserved person. She was devoted to her family, community, and to her Lord. She was a 25-year member of the Order of Eastern Star, serving as chaplin for many years. She spent decades as a member of the American Legion Auxiliary and was a driving force of the Union Presbyterian Church's Hats and Mittens program, gathering donations throughout the community to make sure no elementary child in Powell was without warm clothes in the winter.
Delores lived for traveling, first with her mother and grandchildren on excursions throughout the West and later with her daughter-in-law Marjie, to Colorado and many points of interest and history. She enjoyed visiting her brother Keith and wife Brenda wherever in the world they were stationed and travelled with them across the United States and Hawaii, throughout Europe, Ireland and Great Britain. Her favorite travels were wherever the "Eden, Eden and White” family tours were headed. She designed fantastic shirts depicting their latest destinations.
She taught many to water ski. She was so good because she didn’t like getting her face wet! She loved crafting and painting. Many of her creations became treasured family gifts. Her final years were spent in the company of family and friends, as declining health prevented her from traveling.
Delores loved her flowers and had the prettiest garden outside her kitchen bay window, which was always decorated with small ceramic villages she had made depicting the changing seasons. She always had a companion dog, the last being Shy, a weiner dog. Her time was spent with visits from her family and the companionship of her daughter-in-law Marjie.
Her last months were blessed with a special registered nurse, Alison Fields who she referred to correctly as her "private" nurse. The family would like to extend a special thanks to the wonderful medical staff at Powell Valley Health Care, especially Dr. Mike Bohlman. During her short time there, the staff at New Horizons Care Center in Lovell were very caring. Special thanks to Wanda Shorb and Emily Sands, Delores’ other caregivers, for their dedication to her.
Delores was a quiet, gentle soul who touched the lives of many. She will be forever remembered in her community and family's hearts as an inspiration of the goodness within us all.
She was preceded in death by her mother and father.
She is survived by her sons: Kenneth (Gaze) White, Kurt (Marjie) White, and Kraig N. White; her brothers: Donald (Jeanie) Eden, Dennis (Linda) Eden, Keith (Brenda) Eden, William (Vicki) Eden; two grandchildren, Kory (Kristi) White and Kristy White; one great-granddaughter; three great-grandsons; and many beloved nieces and nephews.
There will be a public viewing at Thompson’s Funeral Home Friday, Aug. 6, 2021, from 6-7 p.m. Services will be held Saturday, Aug, 7, 2021, at Union Presbyterian Church beginning at 10 a.m.
Memorials in lieu of flowers can be sent to the Powell Animal Shelter, St. Judes, and the Shriners Hospital.

To send flowers to the family in memory of Edith Delores White, please visit our flower store.
Send a Sympathy Card