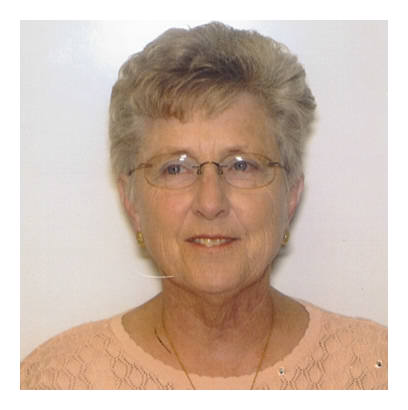 Diane Gilbert passed away on March 27, 2019, at Spirit Mountain Hospice in Cody, at the age of 75.
She was born on Dec. 8, 1943, in Minot, North Dakota, to Harvey and Loretta Gilbert.
She graduated from Powell High School. She lived in national parks including Mammoth Cave, Blue Ridge Parkway, Big Bend, White Sands, and Yellowstone.
Diane was a homemaker who enjoyed scrapbooking, card making, quilting, and horses. She was a member of St. Barbara’s Catholic Church.
She is survived by her children Claude (Delia) Rivera and Dan Rivera, brothers Dwight (Dawn) Gilbert and Doug Gilbert, sisters Dorene (Gary) Asay and Debbie Gilbert and five grandchildren.
She was preceded in death by her parents Harvey and Loretta Gilbert, sister Delaine Lamb and brothers Mitch Lamb and Doyle Gilbert.
A funeral Mass will be held at St. Barbara's Catholic Church in Powell on Wednesday, April 3, 2019, at 10 a.m. Burial will be in the Crown Hill Cemetery.
The family has requested that condolences be sent to them online at www.thompsonfuneral.net or to P.O. Box 807, Powell, WY 82435.

To send flowers to the family in memory of Diane A Gilbert, please visit our flower store.
Send a Sympathy Card