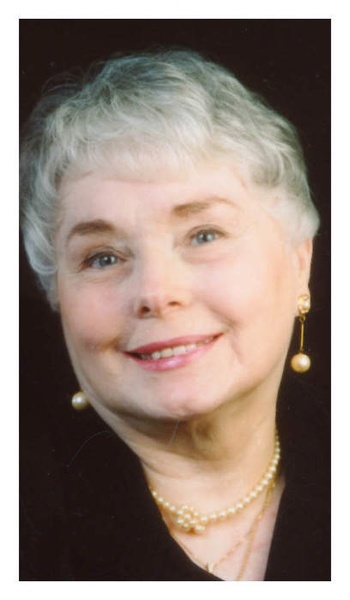 Diane and her older brother Jerry were born and raised in Mitchell, S.D., by Robert and Jessie (Wilson) Hoffman. Diane pursued her love of art, obtaining a bachelor’s degree from Dakota Wesleyan University. Friends knew Diane as a persuasive, quick-witted, funny and smart woman. These attributes were on display in a college math class long ago, when she convinced Marlitt to dye his hair green to help promote an event. They were married February 8, 1964, lifelong partners in a 54-year journey that produced three sons: Rob, Wes, and Nick.

Following an initial three-year teaching assignment in New Castle, Wyo., Diane and Marlitt moved to Powell, where she spent five decades as an active member of the community. Diane was a den mother, substitute teacher, and cake decorator. She nurtured her artistic passion and became an entrepreneur, creating jewelry, oil and acrylic paintings, porcelain and ceramics, stained and fused glass, as well as reproduction dolls. Diane taught others her craft, nurturing the talent within “her ladies.” She was a proud member of the First United Methodist Church Alter Guild and enjoyed visiting shut-ins. Diane enjoyed camping, Solitaire, good conversation, and romance novels. She collected jewelry, antiques, and photos of her grandchildren. Diane loved to travel, achieving her goal of visiting all 48 contiguous states.

What is it in the human spirit that will not change ~ that knows itself and will not be changed…She will remain as she is, and still grow in mind and in spirt and in wisdom.

To send flowers to the family in memory of Diane Eleanor Halstead, please visit our flower store.