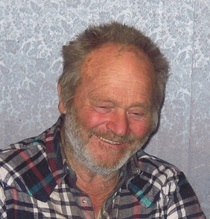 Don Gillett, 81, died on Friday, Dec. 27, 2013, doing what he enjoyed the most in life, chasing cows on the farm/ranch near Heart Mountain.

Don was raised on a farm just west of Powell. He graduated from Powell High School and was offered a scholarship to play football for the University of Wyoming Laramie. He gave college a try; however, he decided that he could not live by the house rules and make curfew, so he only made it a few weeks in Laramie and chose to move back to Powell.

He came home to help his parents on the farm, and later found employment as a roughneck in the oil fields. Eventually, he decided that farming would be his occupation of choice and bought a place just west of Ralston and began his farming adventure.

He married Billie Carpenter in May 1962. They bought a home and farm on Heart Mountain full of lifelong memories with their children. They were married for 51 years, in which they raised seven children, were blessed with 19 grandchildren and 12 great-grandchildren.

Don was a devoted, hard-working and loving husband, father, grandfather and great-grandfather. He took pleasure in family time and hard work. Don enjoyed the farm and especially the cattle herd that they had built up.

At the time of his death, he was still able to help on the farm every day. He looked forward to going with his son, David, to feed the cows and drive around the farm, checking cows and making sure all of the gates were closed and all of the livestock were in the fences and not out on the road.

On occasion, Don would take an afternoon to go fishing or take a drive through the mountains. His favorite drive was over Beartooth Pass in the summertime. He also took great pleasure in spending time with his sister, Margaret Shumway, who was like a mother to him.