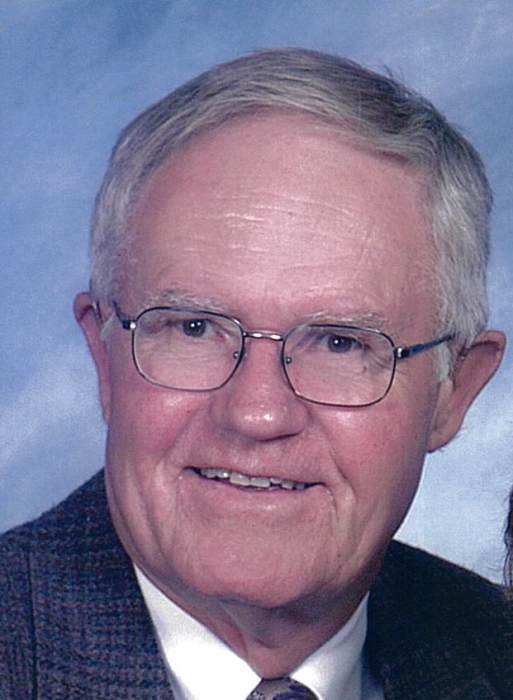 Donald Paul Lindshield passed away on January 4th, 2020, he was 85 years of age.
He died peacefully at Spirit Mountain Hospice. He was born on September 16th, 1934 to parents Gladys and Paul Lindshield of Lindsborg, Kansas.
He grew up in Lindsborg, a small Swedish enclave in eastern Kansas where he attended high school while helping his father on the farm. After high school Don attended Bethany College for a year but then transferred to the University of Illinois to pursue a degree in agriculture. That’s where he met his wife, Nadine Everett, after being set up on a blind date through her college roommate.

After he graduated from the University of Illinois with a Degree in Agriculture, he married Nadine in 1958. They moved to Belleville, Illinois where they were blessed with their first child, Thor in 1959. Don wanted to pursue a job more suited to his college degree so the family moved west to Denver, Colorado. He got a job at Montgomery Wards in retail while applying for Agriculture jobs in the area. They had a second child, Erik in September of 1961. Not long after the birth of his second son, he was offered a job working for Great Western Sugar Company in Goodland, Kansas. He worked as a field man in Goodland for several years but in 1974 was offered a promotion to become the manager for agricultural operations in the Lovell, Wyoming area. They lived in Lovell for 3 years and then decided to build a home in Powell, Wyoming. They only lived in the new house for one year when Don was transferred with another promotion - back to Goodland, Kansas to work as the manager for one year before taking a district office job in Denver. In 1979 the Lindshield family moved to Brighton, Colorado where Don was appointed the Director of Agriculture Operations for the Sugar Company. He worked there for several years until the company was sold and restructured. He was offered a position back in Lovell, Wyoming for the agriculture division at the sugar factory. They decided to return to Powell and build another home there after all the fond memories they had of living in Powell for such a short time in the late 70’s. Don and his wife Nadine have lived in Powell since the mid -1980’s. They traveled extensively after he retired from the Sugar Company at 62 years of age. They took many trips abroad through Europe as well as a cruise through the Panama Canal.

Don was active in the Kiwanis Club in Powell and also served as a council member of Trinity Lutheran Church in Cody.

After 54 years of marriage, Nadine passed away in 2011. After Nadine passed he traveled to Sweden to visit relatives he had never met while grieving the loss of his wife. Don also had two brothers, Gene and Charles who both passed away several years ago. Don is survived by sons, Thor Lindshield and his wife Susan Lindshield of Fromberg, Montana and Erik Lindshield from Long Beach, California. He also has a granddaughter, Nicole Wisroth who resides in Anchorage, Alaska with her husband Aaron and their children; Keagan, Alissa, Tristan, Lincoln and Elena. All being Don’s great grandchildren. He was diagnosed in October with a brain tumor and put up a good fight only to succumb to the disease on January 4th.

Funeral services will be held on Friday, January 10, 2020 at Trinity Lutheran Church in Cody. A viewing will be held at the church from 9:00 am to 10:00 am with the funeral service beginning at 11:00 am. Graveside will take place at Crown Hill Cemetery in Powell at 1:30 pm.

To send flowers to the family in memory of Donald Lindshield, please visit our flower store.
Send a Sympathy Card