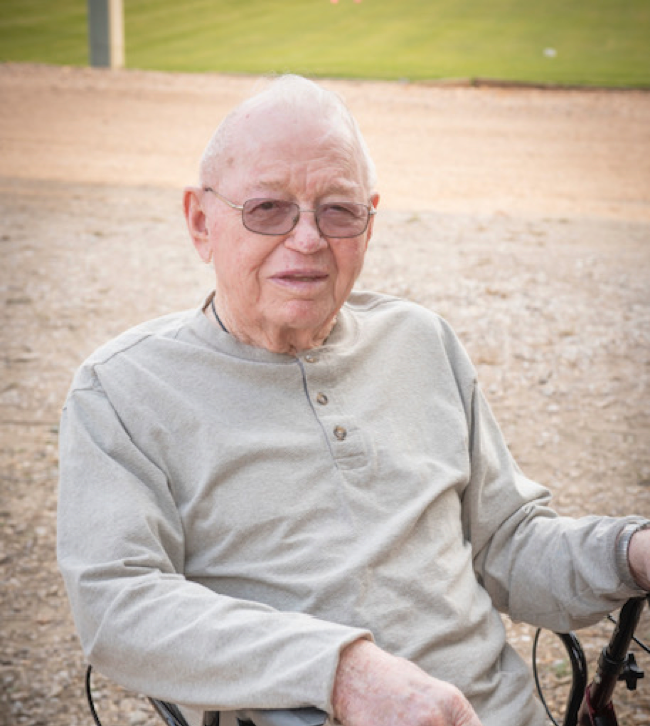 Donald K. Miller, 95, of Powell, peacefully passed away from natural causes on Friday, May 6, at his assisted-living apartment at the Heartland.

Don was born February 2, 1927, in Choteau, Montana, the son of Harry Lewis Miller and Clara Zimmerman Miller, and, as the only son, was the perfect gift for his mother, whose birthday was the day after his.  Don and his two older sisters, grew up on the family farms, first in Choteau, and then in St. Ignatius, Montana, where they moved when Don was 2 years of age.  He learned the value of hard work, determination, integrity, and respect at a young age and throughout his teenage years while working farming and livestock tasks with his dad.  At St. Ignatius High School, he was active in sports and extra-curricular activities (especially dances!) with his classmates, and graduated in 1945.  He immediately enlisted in the Army, and served on the peace-keeping force after WW2 in Japan until honorably discharged in 1947.  Don then returned to Montana to farm, and completed one quarter of college at Montana State University in Bozeman, before his mother saw an article about the homesteads available at Heart Mountain, Wyoming.  He applied and received his homestead in 1949.  All the skills Don learned in his younger days were put to the test as he plowed sagebrush, cleared the land and turned the prairie into profitable farmland.  His most important accomplishment, however, was meeting a beautiful and energetic Powell newcomer, Jo Lindaman, who came to Wyoming from Iowa to teach 2nd grade at the new Parkside School.  They were married in March, 1954, welcomed daughter Kathy in 1958, and were soulmates in farming on the homestead and all life events until Jo’s death in 2014.  They farmed until their retirement in 2005, and Don was one of the last original Heart Mountain homesteaders to still own his land.

Don and Jo were active participants in the Powell community and the Union Presbyterian Church for over 65 years.  Don served on the church Session for multiple terms, and was active on the Building and Grounds committee.  His interest and knowledge of irrigation led him to serve as a board member and President of the Heart Mountain Irrigation District for years.  They enjoyed years of traveling, playing bridge, skiing, gardening, and hunting and fishing in the Wyoming mountains.  Don was a great friend to many and valued his business and personal relationships greatly; his love and passion for his faith and his family were the center of his life.

Don is survived by his daughter and son-in-law Kathy and Bob Farthing of Poway, CA; grandson Kory (Shelby) Farthing of Steamboat Springs, CO; granddaughters Kristie (Dave) Riffle of Temecula, CA, and Kellie (Kent) Lighthall of Denver; and  seven great-grandchildren:   Logan and Reagan Farthing; Luke, Bodey, and Asher Riffle; and Harper and Avery Lighthall.  His surviving sisters-in-law are Ruthie Boheman, and Darlene (Willard) DeBerg, both of Ackley Iowa; and numerous nieces and nephews around the country.  He was preceded in death by his parents and sisters Dorothy Varnum and Margery Hilton.

Don’s funeral service will be Saturday, May 28, at 10:00 am at the Union Presbyterian Church, officiated by Dr. Rev. Randy Leisey.  A private family interment service with military honors will be at Crown Hill Cemetery following the service.  All are invited to an open house reception at the Miller homestead from 2-5 p.m. Memorials in Don’s honor can be sent to the Union Presbyterian Church, 329 North Bent.  Arrangements are being handled by Thompson Funeral Home.

To send flowers to the family in memory of Donald K Miller, please visit our flower store.
Send a Sympathy Card