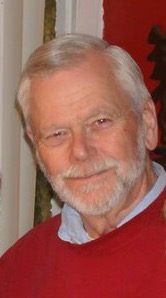 A 40-year Powell pharmacist and leader in the business community, Don Moewes, died Sunday, Jan. 26, 2020, at the Powell Valley Care Center. He was 81.

Born Donald Harold Moewes in Ft. Collins, Colorado, on April 6, 1938, he was the son of Harold and Earliene Moewes. He was raised in Colorado, Kansas and Wyoming, as his educator-father moved between school assignments. He graduated from high school in Douglas in 1956.

Don attended the University of Wyoming and earned his B.S. Degree in pharmacy in 1960.

During a year of internship at a Craig, Colorado, pharmacy, he married Frances Dee Turner in 1961. To this union, four children were born. They were later divorced.

The family moved to Powell in 1961, and he joined A.R. (Al) Fryer as manager of Fryer’s Rexall Pharmacy, which had business roots in Powell dating to 1910. A.R. Fryer died in 1970, and Don purchased the pioneer Powell pharmacy in 1971.

He maintained the name of Fryer’s Pharmacy and operated the business until 1997 when he sold to Powell Drug. He and Martha Hinckley were married May 28, 1983, and she was an active and creative partner in the store’s retail enterprise.

Don later worked from 1998-2002 as a pharmacist for Powell Drug, completing his 40 years of pharmacy in the community.

He retired from the health care field after four years (2008-2012) as a part-time care provider for developmentally disabled young adults at Live and Learn Center in Powell.

After moving to the community, it didn’t take Don long to become active in civic and business life. He served 12 years as an elected member of the Powell Hospital Board of Trustees, including six years as president, in a period of time when nursing home construction was completed. He was a past president of the Powell Kiwanis Club and served as chairman of the Powell Retail Merchants Association and as a director of the Powell Valley Chamber of Commerce.

He was a member of the city’s 75th Anniversary Commission during Powell’s celebration of its 75th anniversary in 1984.

Fishing and golf were among Don’s leisure pursuits. For a year after selling Fryer’s Pharmacy (1997-98), he served as manager of the Powell Country Club and operated the bar, kitchen and dining room at the facility. He was a past president of the country club board of directors.

Don took great pride in making his yard and flower gardens a showpiece. He extended that interest and kindness to his mother-in-law Ann Hinckley’s yard. Cooking for friends and family was a special hobby, and he baked cakes with a flair. His butterschnapps cake was his biggest hit.

Don always looked forward to fishing trips with his son Darren and family.

Memorial services and a celebration of Don’s life will be scheduled in the spring— Don’s favorite time of year.

For those who wish, the family would appreciate memorial gifts to the Northwest College Foundation or the University of Wyoming School of Pharmacy.

Thompson’s Funeral Home is assisting the family with arrangements. Condolences may be sent online to www.thompsonfuneral.net.

To send flowers to the family in memory of Donald Harold Moewes, please visit our flower store.
Send a Sympathy Card