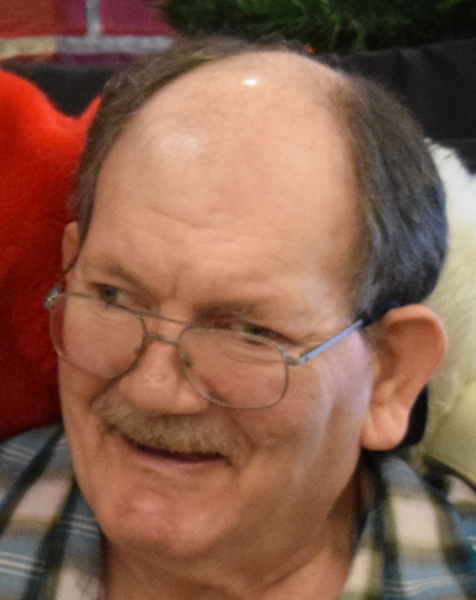 Donald Lee Scott, age 61, was called home to heaven December 18, 2017 at Powell Valley Care Center after a courageous 35 year battle with Multiple Sclerosis. Don was born June 5, 1956 in Powell, Wyoming to Charles W. "Bill" Scott and Deloros Scott. He attended elementary school in Cody, Wyoming and graduated from Powell High School in 1974. He then attended the Yellowstone Automotive Trade School in Billings, MT and graduated with a Mechanics degree. Don was employed by K & T Oil Service as a well hand. Later he worked for Dowell as a pump truck driver until his medical retirement in 1984.
Don was the fourth of five children: Dianna, Ron, Linda, Don, Cindi. He and his younger sister Cindi, were part of the duo known as the "little kids". He grew up a farm boy in the Cody area of Heart Mountain. Him and his older brother Ron slopped the hogs and generally worked the farm. He learned at a young age to drive the tractors and trucks.
He married Karen Farlow October 7, 1978. Together they had two children: Kristopher Carl, born January 8, 1980 and Kylena Michelle, born October 14, 1982. They lived in Powell, Wyoming during their time together.
At the young age of 26, Don was diagnosed with Multiple Sclerosis. He was forced to quit working shortly after the diagnosis as the disease progressed rapidly. He lived with his parents for 14 years and they provided the care and attention he needed. With the help of the MS Society, he had the opportunity to go on a hunting exhibition called "Hell-of-a-Hunt" and was able to bag his antelope.
In 1997, Don entered Powell Valley Care Center and was a resident for 20 years where the Care Center provided him exceptional care. During his time with them, he was able to go on various outings: fishing, parades, county fairs, football games and other social events. He also participated in various parties and activities at the Care Center. He developed many lasting friendships with his care givers, staff, and fellow residents. His nickname was "Ornery". The Care Center truely became his home. He left us knowing he was loved and surrounded by his family and friends.
Don was preceded in death by his father, Charles W. "Bill" Scott.
Don is survived by mother Deloros M. Scott; sister Dianna Baker (Wes); brother Ronald (Cindy Lou); sister Linda Jackson (Steve); sister Cindi Scott; son Kristopher Scott (Tomara); daughter Kylena Palmer (Ben); grandson Justin Scott; granddaughter Alyson Scott and numerous cousins, nieces and nephews.
Services will be held on Thursday, December 21, 2017 at 2 p.m. at the Powell Valley Care Center, Recreation Room. Internment will follow at the Crown Hill Cemetery, Powell, Wyoming.
Memorial donations may be made to the MS Society, Colorado-Wyoming chapter.

To send flowers to the family in memory of Donald Lee Scott, please visit our flower store.