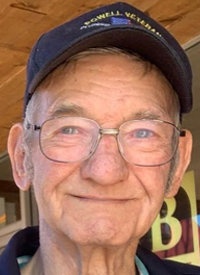 Don was born on Oct. 25, 1945, in Worland, Wyoming, to Dorothy (Brownell) and Eldon Short. He attended schools in Chatham and Worland. He entered the Army in 1965 where he was a truck/vehicle mechanic. He married Velma Wilson and had five children, Donald Jr., Anna, Thomas, Steven and Velvet. They divorced a few years before he met the love of his life, Diane Pfanstiel. They were married on Sept. 1, 1978, in Cody. A couple years later, Don adopted Naticia. They later had two more daughters, Carmalena and Casandra.

Don did seismographing, water welling and was a truck driver for LL Smith Trucking in Powell and GK Construction in Lovell. He was a loving husband, father, grandfather, brother, uncle and friend. He loved helping his brothers-in-law with farm work. He enjoyed spending time with his kids and grandkids, hunting, fishing, camping and helping others whenever he could. He loved to keep busy tinkering with things. He also loved his four-legged kids.

He was preceded in death by his parents; sons Donald Jr and Thomas; brother Eldon; sisters, Kay, Dixie and Eldonna; and several nieces and nephews.

Celebration of life will be held on Saturday, Oct.17, at 10 a.m., at Faith Community Church, located at 1267 Road 18 in Powell, followed by Honor Guard at Crown Hill Cemetery and reception at the Powell American Legion.

To send flowers to the family in memory of Donald Wayne Short, please visit our flower store.