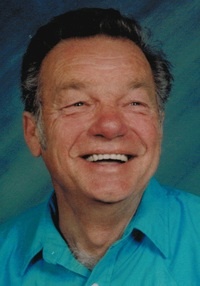 Edward Francis Hooper Jr. was born in Chicago, Illinois on February 21, 1937. He was one of nine children born to Edward Francis Sr. and Elizabeth Ann Chaplinski. Edward loved to travel and lived his life in many places throughout the years. He had the pleasure of calling California, Wisconsin, Illinois and finally Wyoming all home. He joined the Army and served for 6 years including fighting in the Korean War.
On May 5th, 1998 he married Katherine Whitcomb in Casper, WY. Shortly after, Ed and Kathy moved to Powell, WY. where they continued to live and enjoy their lives. Ed attended two churches, St. Barbara's Catholic Church and Glad Tidings church. Ed was a godly man. He was a devoted Christian and also dedicated to the Catholic Church. He was well known and accepted in both affiliations.
Ed is survived by his wife Katherine Hooper and sons Michael (Lacee) Hooper and Edward (Wendy) Hooper. Ed also has three daughters Michelle (Mark) Scheler, Sheryl (Dan) Folena and Lynn (Harold) White. He has one brother and three surviving sisters, Jim Hooper, Pat Schoessow, Barbara Dupree, and Edna Tammen. He also has 16 Grandchildren and 9 Great Grandchildren.
Ed was preceded in death by his mother Elizabeth Chaplinski, father Edward F Hooper Sr., daughter Christina Hooper, and sisters Mary Andrews, Margaret Zolcoych, Virginia Abel, Kathleen Miner and Katherine's son Steve Oliver.
Ed was a very loving man and in return he was loved greatly. He was an outstanding father and grandfather. He was a Jack-of-all-trades. Ed could fix or build anything. He was a very intelligent man that spent his life doing what he loved to do. He built and raced cars professionally, he drove truck even after retirement because he loved the open road, was an avid hunter and an excellent marksman (who proudly and recently joined the NRA), he loved to fish and be in the outdoors. Ed also loved being with family more than anything. He was always willing to lend a helping hand or give tools or knowledge to anyone in need. He was a role model that defined what a man, father, husband, person should strive to be.
Services will be held at Glad Tidings Church on July 26th at 1:00pm, and he will be put to rest at Crown Hill Cemetery in Powell, WY. . Honorary Pall Bearers are Michael Hooper, Toby Hooper, Talan Hooper, Jarred Oliver, Nick Oliver, and Brandon Scheler.

To send flowers to the family in memory of Edward Francis Hooper, please visit our flower store.
Send a Sympathy Card