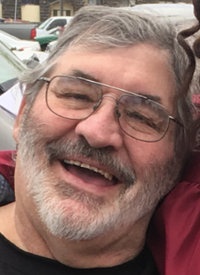 They had a loving marriage of 45 years and three daughters together: Sarah, Lisa and Angela.

The family stayed in Powell and Elton farmed for many years before his health wouldn’t allow it anymore. His time after that was filled with spending time with his grandchildren. Whether it was reading books together, playing games, telling stories or just doing homework, he was always there to share his laughter and love.

Elton enjoyed listening to music and reading books, and you would often find him in the mornings drinking his coffee on the back porch reading. He had a talent for cooking and would volunteer his time to make the turkeys and stuffing for Big Horn Enterprises’ annual family Thanksgiving dinner party. Elton loved to build and fix things. He put a lot of passion into whatever it was he was working on. Sunday was the day he made sure he talked with all his siblings. He was a kind soul with the best laugh and he will be missed greatly.

Cremation has taken place and interment will be held at a later date. Condolences to the family may be sent to Thompson Funeral Home, P.O. Box 807, Powell, WY 82435

To send flowers to the family in memory of Elton Alden Anderson, please visit our flower store.