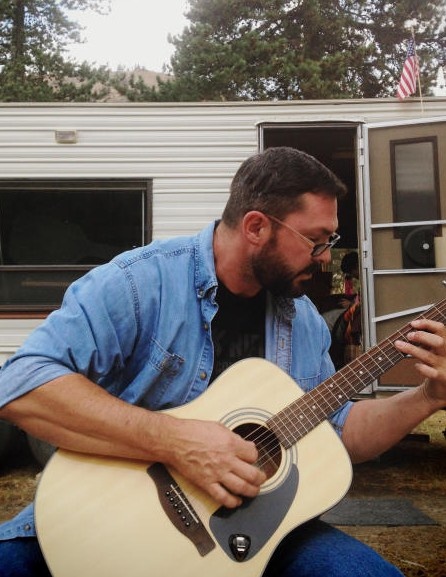 Eric Dean Tilley, born February 24, 1968 in Lovell, Wyoming, diedâ€ closing the book too soonâ€ on July 22, 2019 at his home in Powell, fiercely loved by his family and so many friends. He was larger than life and he loved larger than that. He was a tireless provider and protector and considered his sons and daughter to be his greatest accomplishment; everything he did centered around them. Second to that, he was deeply proud to be an American and serve his country in the US Marine Corps upon graduation from Powell High School in 1986 until honorably separating from active duty in 1993. During that time, he married his childhood sweetheart Kristin Baker on May 22, 1990. After his discharge they returned to Powell to farm for his inâ€laws and raise their three kids believing it to be the best place and way of life to give them deep, stable roots.

It is difficult to sum up 51 years of rich, wonderful life in paper and ink, but it includes coffee, beer, and bourbon. An enormous and quirky sense of humor. A curiosity and insatiable appetite for reading and learning, facts and trivia. Music and guitars, board games and movie nights and camping weekends with his tribe. A man who will always be his mama’s little Cub Scout, even as an Eagle Scout; his dad was his first hero; he was indisputably the best big brother, ever – just ask. He enjoyed and was especially good at being the cool uncle to his nieces and nephews: Danell and Makenna Branstetter, Powell; Mason (Krista) Simmons and Kenzi (Dakota) Stewart, Billings; Eliana, Ethan, Elora and Ezria Graul, Portland; Xander, Jack and Madi Baker, Powell.

And always, interwoven through everything, a commitment and loyalty to everyone he called family and friends. He is survived and intensely grieved by his wife Kristin, son Luke and daughter Elizabeth both currently of Laramie, and son Mark of the family home; parents Melvin and Sherry Kay (Herronâ€Perry) Tilley, inâ€laws Max and Nancy Baker, all of Powell; sister Vanna and husband Ray Branstetter, Powell; sister Amanda and husband Dave Smart, Livingston, MT; brother Calvin and wife Andrea, Boise, ID; brotherâ€ and sisterâ€inâ€law Keith and Valerie Baker, Powell; and sisterâ€ and brotherâ€inâ€law Kathryn and Karl Graul, Portland, OR; and the special Jarhead brothers and sister who remained lifeâ€long compatriots and confidants. He was preceded in death by his paternal grandparents Loren and Leona Tilley of Kane and Deaver, and maternal greatâ€grandparents Carl & Alta Johnson of Thermopolis.

A graveside service with military honors will be held Friday August 9, 2019, at 10:00 a.m. at the Crown Hill Cemetery. Family and friends are wanted and invited, with a gathering to follow at the home of Max and Nancy in Eric’s honor because life is precious and those connections made by love are everything. The story goes on, and we love and miss you more than we could fathom, Eric.

To send flowers to the family in memory of Eric Dean Tilley, please visit our flower store.