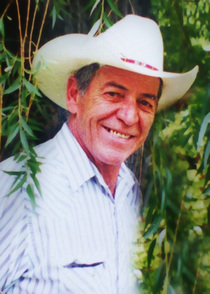 Bud left this world on January 31, 2014 at home with his loving wife, Nancy by his side after a prolonged battle with his health.

Bud was born April 2, 1937 in Custer , South Dakota to Harold and Della Knight, the oldest of three children, sister Yvonne and brother Calvin.

The summer between his junior and senior year of high school he helped his uncle drive to Alaska and fell in love with the , then Territory, of Alaska. Bud graduated Custer high school in 1955 and soon after he was on his way back to Alaska. He spent most of his time in Alaska working as a welder until the summer of 1962. He and his buddy, Dave Barnes, were working their way back to Alaska when Bud had the opportunity to buy his Dads partners share of Custer Machine works in Custer , SD. His buddy Dave went back to Alaska where he and his three children were killed in the Great Earthquake.

Bud and his dad operated the Custer Machine Works until April of 1974. At this time Bud had already learned the auction business, and went into auctioneering full time. He auctioned farm sales, antiques and household sales all around the Black Hills. Bud is one of the few auctioneers left to have been the auctioneer at Edgemont, Rapid City, Sturgis, St. Onge and Bell Fourche. He was manager of Sturgis Livestock Exchange under owners Dale & Margerette Maddox until they sold the business to Jack Smeenk & Dick Orwick, Newell area ranchers. Bud worked as auctioneer for Smeenk-Orwick until January 1983, at which time he took over as manager of Billings Livestock Commission Co. in Billings, MT.

Bud and Nancy moved back to Powell in 2004 to be closer to family even though they continued to travel to Worland to work the weekly auctions.

Bud was preceeded in death by his parents, Harold and Della Knight, sister, Yvonne Baker and brother, Calvin â€œBlackieâ€ Knight.

To send flowers to the family in memory of Ernest "Bud" Knight, please visit our flower store.
Send a Sympathy Card