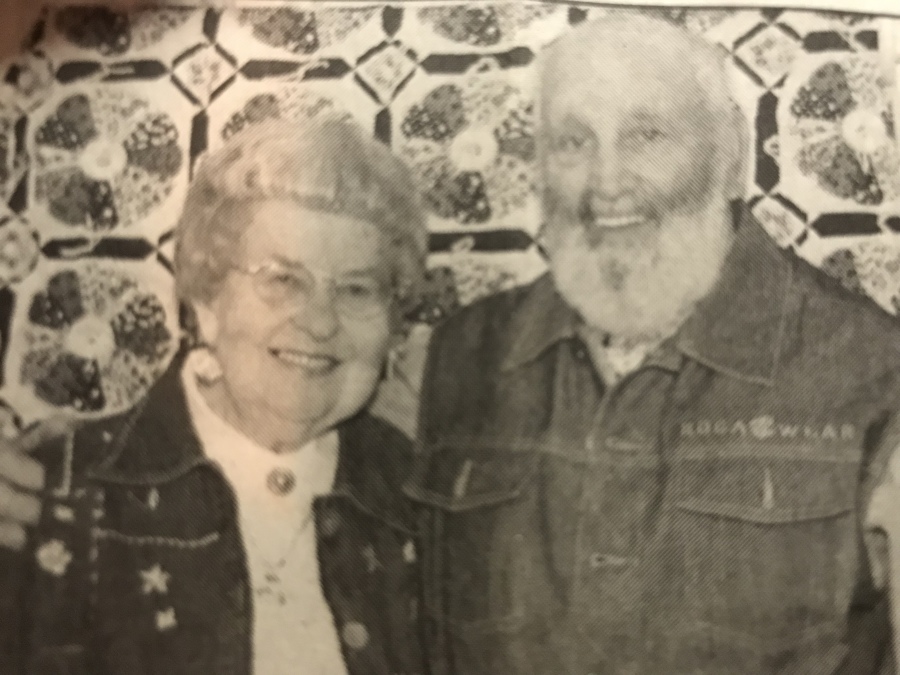 Esther Larue Alexander passed away peacefully at the Powell Valley Care Center on 9/19/19 at the age of 93. She was preceded in death by her husband, of over 70 years, Sammie Lee Alexander, who passed away on December 13th, 2015.

Esther was born, Esther Larue Dettrich, on January 30th, 1926 in Ringwood, Oklahoma where her parents, Carl and Effie Dettrich, worked and lived on a small farm outside of Ringwood. Esther was the youngest of three daughters and was preceded in death by her sisters, Delores Dettrich Ratzlaff and Dorothy Dettrich.

Esther married her high school sweetheart, Sam Alexander, in 1945, after he returned home to Oklahoma from WWII as a decorated war hero. Esther and her husband moved to Powell, Wyoming in 1950 and worked their Angus cattle ranch on the northeast part of Park County for over 65 years. In addition to managing the cattle ranch, Esther also worked as the head bookkeeper for the Powell school district for 34 years. Esther had many interests and passions. She enjoyed family and holiday celebrations, but particularly enjoyed the patriotic day of the 4th of July. She and her husband, Sam, also enjoyed gardening, camping, exploring the countryside in Wyoming and Montana, rock collecting and attending Pow Wows.

After the passing of her husband, life was just not the same. But, even in her later years, she greeted everyone with her big smile and warm hand held out, still giggling like a young schoolgirl.  Though visitors came to bless her, she gave more in return and always said good-bye with "and God bless you" and "thank you".

Esther was a member of the Glad Tidings Assembly of God Church. She was a devout Christian and  loved the Lord.  She and Sam hosted many bible studies and church services at their farm.

Esther is survived by her niece, Donna Oldham of Norman, Oklahoma; and her nephew, Don Ratzlaff, of O Fallon, Missouri as well as many great- and great- great- nieces and nephews.

Cremation has taken place and a graveside service will be held at 2:00 p.m. on Wednesday, September 25th, 2019 at Crown Hill Cemetery. Condolences for the family may be left at www.thompsonfuneral.net or by mailing to P.O. Box 807, Powell, WY 82435.

To send flowers to the family in memory of Esther Larue Alexander, please visit our flower store.
Send a Sympathy Card