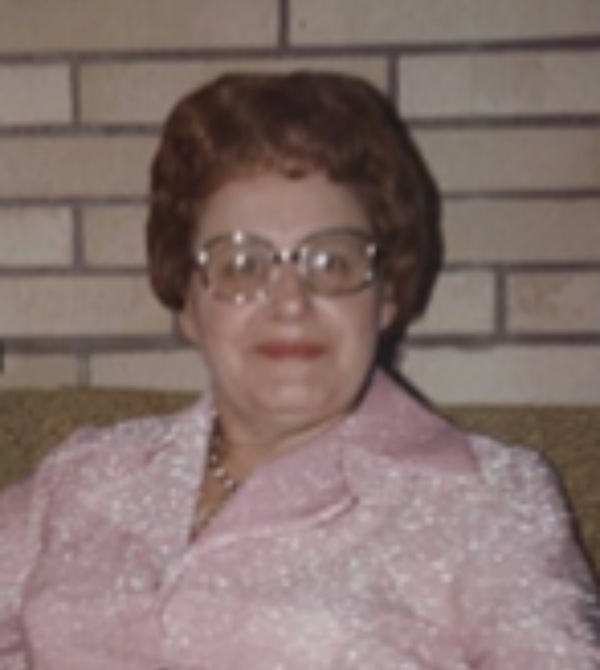 Esther passed away on January 22, 2022 at the New Horizons Care Center in Lovell, WY

Esther was born on April 17, 1925 in Pierre, SD to Karl and Paulina Bertsch, she was the fifth child of ten born into this family. Esther was born on Easter Sunday and her father originally named her Easter, which she apparently didn’t like because she eventually convinced him to legally change her name to Esther. Sometime after she was born; her father moved the family to a farm he purchased outside of Baker, MT, where her and her siblings grew up, worked on the family farm and attended the country school. Esther met her future husband, Harley Wassink at this country school. Even though Esther was only able to attend school through the 8th grade, she was very proud of the diploma she received for completing the 8th grade.

Esther and Harley were married on February 28, 1942 in Baker, MT. They had four children, Wayne, Phyllis, Sharon and Twyla. The first part of their marriage was spent on Harley’s family farm, which was also outside Baker. Harley eventually left the family farm for employment in the oil field and later in the construction field. Esther and Harley lived in several locations in Montana and Wyoming throughout their marriage, the last move was in 1966 to Powell.

Esther’s first employment was at the Skyline Cafe as a waitress, then as a waitress at Jacks Lounge, later she and Harley co-managed the Rocky Mountain Manor for six years. When Esther finally decided to semi retire she worked part time at the Lamplighter Inn and then part time for the School District in the cafeteria at the high school.

During her spare time, Esther was an avid bowler, she participated in league bowling and even won several tournaments which in turn enabled her to go to Reno, NV for other tournaments. Esther was a gambler and never missed an opportunity to go to the casinos in Riverton and Bridger as well as playing bingo at least once a week.
Traveling was another big enjoyment, she was able to travel to numerous states to visit her family members and see the interesting sights in each place.

After Esther fully retired, her and Harley attended the Senior Citizen Center for lunch everyday. After Harley passed away, Esther continued to go to the Senior Center to socialize with friends. The staff at the Senior Center also played a very important role in helping Esther retain her independence for as long as possible.

To send flowers to the family in memory of Esther Wassink, please visit our flower store.
Send a Sympathy Card