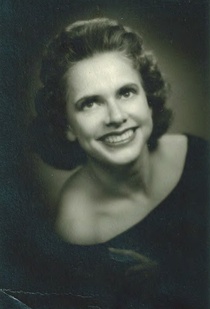 Evelyn Marie Nelson Jones, 98, died peacefully July 15, 2016, at the Powell Valley Care Center.
She was born June 12, 1918, and was one of six children born to William and Mary Pehl, in Terry Montana.
Evelyn moved to Powell in her late teens, and she resided here most of her life. She married R.A. Nelson and to this union two children were born, Dick and Julie.
In 1987 she married Dick Jones of Cody.
Evelyn served as director of the First National Bank & Trust for many years. She was a long-standing member of the Presbyterian Church, and she served on the organizing and building board of the Rocky Mountain Manor.
While living in La Jolla, California, she owned and operated her own boutique called Evelynâ€™s.
PEO was an important part of her life, and she was a member for 76 years.
Evelyn loved her family and is survived by her children, Dick (Jeanne) Nelson of Powell, Julie (John) Sullivan of Canandaigua, New York, and stepchildren Nancy (Tom) Cook of Cody, Alan (Alayne) Jones of Powell and Tom (Barbara Costa) Jones of Cheyenne; 13 grandchildren and 27 great-grandchildren.
Cremation has taken place with Thompson Funeral Home assisting.
A private family service will be held at a later date. Condolences may be sent to the family at www.thompsonfuneral.net or P.O. Box 807 in Powell WY, 82435.
Memorials in Evelynâ€™s name may be made to Powell Valley Care Center, 777 Avenue H in Powell, WY, 82435. The Care Center was Evelynâ€™s home for the last eight years and the staff provided very loving and excellent care for her.

To send flowers to the family in memory of Evelyn Nelson Jones, please visit our flower store.
Send a Sympathy Card