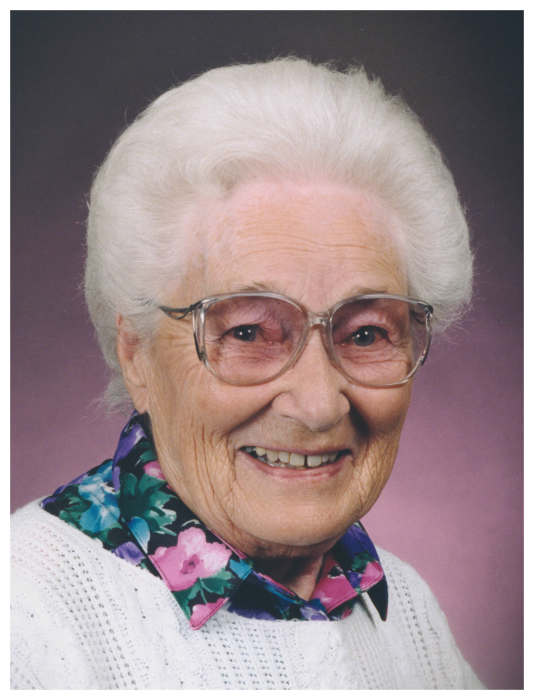 Evelyn Frances Onstine was born to Frederick B. H. Kemper and Beulah Mae (Hood) Kemper on September 19, 1917 in Powell, Wyoming.  She passed away on December 4, 2018 at the Powell Valley Care Center.

Some of Evelyn’s most memorable years were found in her life spent with Chuck on the farm and raising their girls was a paramount force of their lives together.  She was a feisty, hard-working and loving mother and friend.  Evelyn will always be remembered for her love of flowers and gardening and enjoying the lives of her daughters and grandchildren. She particularly enjoyed driving around the Powell Valley and reminiscing about her lifetime spent there.  She was a member of Union Presbyterian Church, the Ralston Club, the Riverside Club and the American Legion Auxiliary.

Services will be held on December 28th at 11:00 A.M. at the Union Presbyterian Church.  A family celebration of life will be held at a later date for the interment of her ashes.

Memorials may be sent to Northwest Community College or a charity of your choice.

To send flowers to the family in memory of Evelyn Frances Onstine, please visit our flower store.
Send a Sympathy Card