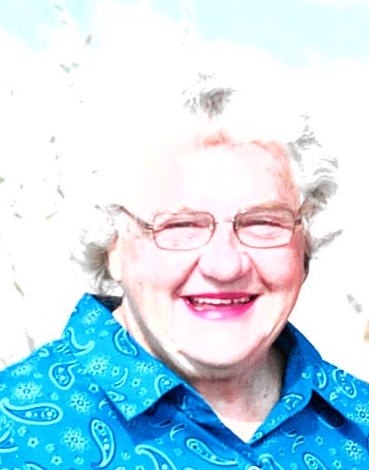 Due to Evelyn’s request we have limited personal information. Evelyn was born in Pennsylvania to Albert and Elsie Barger, where she lived throughout her early years. She graduated from Nyack Missionary College in Nyack, NY with a B.S. in Christian Education.

After graduation Evelyn accepted a 4th grade teaching job at Wilmington Christian School in Delaware. During this time she met the love of her life, Keith Woolard, and they were married in 1962 and raised their children in Wilmington.

Evelyn is preceded in death by her husband of 57 years, Keith, her parents Albert and Elsie Barger, her two sisters, Elsie Caswell of Pennsylvania and Doris Pyster of Florida.

Upon retirement they relocated to Clark, Wyoming. Not one to let grass grow under her feet she got involved. Clark has a lot of seniors so the logical thing to do was create a Senior Game Day at the Rec Center in Clark, where Farkle tournaments reign supreme. It’s been going on for years now, 1st Wed. of every month. Music was the language of her heart. She loved to sing and play the piano. She directed church choirs for decades. She also created the Clark Community choir and put on the Christmas and Jubilee concerts. The choir visited several Assisted Living facilities in both Cody and Powell. Her teaching and music background were infused in the form of piano lessons, at $2 per half hour, never raising her price since the 1970’s.

Evelyn was known for her “acts of kindness”. Never wanting anyone to be alone on holidays, she and Keith opened their home to Clark residents for holiday dinners. Sometimes there would be up to thirty people celebrating together. From the beginning both Keith and Evelyn took it upon themselves to welcome newcomers to Clark. They would go and visit, and invite them to join them at Bennett Creek Church on Sundays.

An example of Evelyn’s commitment to the Farkle community was to send them a birthday card from their “Farkle buddies”. This commitment was so strong that one of her last “acts of kindness” came in the form of sending Steven Bryant of Clark a birthday card from his “Farkle buddies”. The very next day, July 3rd, although she could communicate some, the family was told not to expect her to live beyond the weekend. Even though she was 85 years old, she prevailed until Tuesday July 14th. An amazing woman, Clark will miss her.

Evelyn was known for her deep love of Jesus. Most people experienced the power of that love as they interacted with her. She was a woman of simple but powerful faith.

There will be a private burial, however later this summer we will have a memorial service to celebrate her life. Again Evelyn made her wishes known. Instead of flowers, she would appreciate any donations to go to First Southern Baptist Church, 700 E. Madison St. Powell, WY 82435 or The Samaritans Purse, PO Box 3000, Boone, N.C. 28607

To send flowers to the family in memory of Evelyn Woolard, please visit our flower store.
Send a Sympathy Card