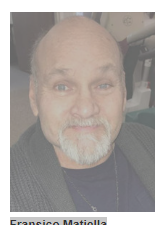 He was preceded in death by his parents, brother-in-law Roy Carson, daughter Misty Ann Short, and his niece Liz.

Services will be held on Wednesday, March 11, at 2 p.m., at Faith Commmunity Church, at 1267 Road 18. Memorials may be sent to Valeria Matiella 882 East Seventh Street, Lot 3, Powell, WY 82435. Thompson Funeral Home is handling the arrangements.

To send flowers to the family in memory of Francisco Morales Matiella, please visit our flower store.
Send a Sympathy Card