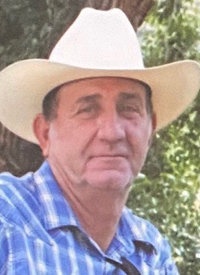 Frank K. McMillin peacefully passed away on July 14, 2020, at his home surrounded by his wife and children after a seven year battle with cancer. He was 77.

Frank was born May 4, 1943, in Cody, to Cecil and Dorothy McMillin. He grew up in both Cody and Meeteetse where his family ranched. After graduating from Cody High School, Frank attended Northwest College on a rodeo scholarship. Like his dad, Frank was a saddle bronc rider.

He married his high school sweetheart, Mary Capron. They were married almost 58 years. Frank and Mary settled in Powell where they ranched and raised their five children. Frank enjoyed ranching, rodeo and hunting on his mountain.

Family and friends were always very important to Frank. He would always stop whatever he was doing to spend time with them. Papa Frank’s grandchildren were near and dear to his heart, as he was also near and dear to their hearts. He had a gift of being able to make a friend wherever he went. If you were blessed to be one of those friends, you know what a special man he was and why we will miss him greatly.

He was preceded in death by his parents and his son Brad. Throughout this painful experience, Frank blessed everyone with his sense of humor, kind heart, and most of all, his smile.

Per Frank’s request, no services are planned. Donations may be made in his name to Spirit Mountain Hospice, 1021 Ninth Street, Cody, WY 82414.

To send flowers to the family in memory of Frank Kendall McMillin, please visit our flower store.