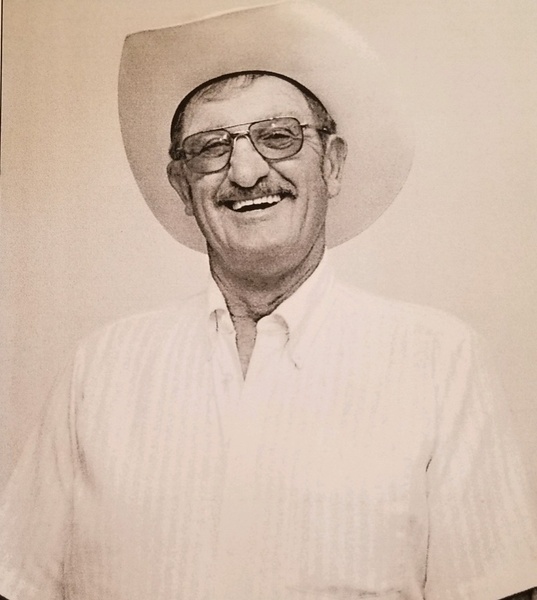 On December 28, 1934, Franklin Hal Fleming was born to Hal and Icel Fleming in Frannie, Wyoming, joining his siblings Art, Elma, Bill, and Audrey, where he was born and raised in the same house. He attended Frannie - Deaver schools and graduated in 1953. Frank worked for his dad as an oilfield contractor in the Frannie oilfield and also hauled water and gravel from Warren, Montana. He was drafted into the Army in 1956 at 22 years old and completed basic training as at Fort Carson, Colorado. He was stationed in Wertheim, Germany, until 1959, where he served as a medic and was certified as a welder in Army’s engineering program. After returning home, Frank worked with his father, and eventually bought the business. In 1962 he met Gert Shae at the Billings airport. That same year they were married and raised five children: Renee, Rusty, Mike, Rick, and Jason. He worked and ran Fleming Trucking and Contracting until 1984 when he downsized. Frank continued to work for himself and other contractors until he retired around 2005. Frank especially enjoyed hunting, fishing, and camping with his family. He would take his family fishing for the day in the Beartooth’s; often running to his favorite fishing spot and leaving the kids behind with Gert. He would fish all day, and generally not get back to the car until after dark. They would then load up the kids and go home so he could be back to work the next day. Frank was dedicated to serving his community of Frannie and served in the Lions Club, as a Boy Scout Leader, and on town, cemetery, and school boards. Over the last few years, he especially enjoyed the Fleming Family camping, fishing, and elk hunting trips with his family and friends. Frank left this world on the evening of January 20th while watching TV with Gert. He was preceded in death by his son Michael, his parents, and his siblings. Frank is survived by his wife Gert, his children, Renee (Tim), Rusty (Tempe), Rick, and Jason (Christy), his four grandchildren, and his three great grandchildren.

In lieu of flowers, the family asks that you make donations to a charity of your choice or to the Michael Fleming Scholarship Fund at Northwest College in memory of Frank Fleming.
A Catholic Mass and funeral is planned for Saturday, January 29th at 10:00 a.m. Following the service, a short graveside blessing will be held at the Deaver Cemetery with a luncheon at the Deaver Town Hall.

To send flowers to the family in memory of Franklin Fleming, please visit our flower store.