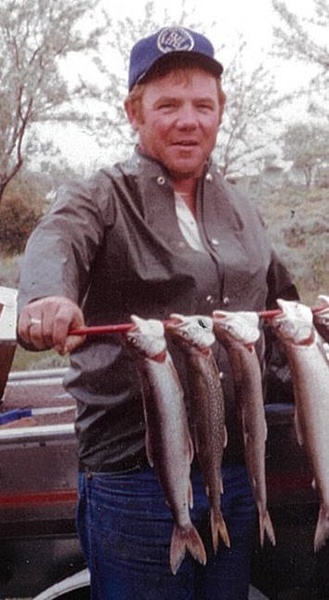 Fred started his life in the Pryor Mountains on the Whitmore Ranch. At the age of three he moved with his family to Bend, Oregon. He loved hunting and fishing with his lifelong friend, Don Stumpff. Fred was a skilled downhill skier. MT Bachelor, Bend, OR provided the site for honing his skiing skills.

Fred graduated From Bend High School in 1963. He played football and was a member of the FFA Club. He truly enjoyed FFA. He and Don raised pigs for the FFA projects/ After graduation he spent a summer in Alaska fighting fires.

Fred and his brother, Tim, joined the Marine Corp. in May 1965. They went to boot camp at Marine Recruit Deposit, San Diego, CA. Fred and Tim were assigned to Echo Company, 2nd Battalion, 4th Marine Regiment in Chu Lai, Vietnam in November 1965. They were then redeployed to Da Nang, Hue Phu Bai and Dong Ha. On July 21, 1966, Fred was wounded in combat operation Oregon Hasting, south of the DMZ. He was medivaced to Bremerton Naval Hospital, Bremerton, WA. After recovery Fred was assigned to the USMC Guard Co. at Bremerton Naval Shipyard. He received an honorable discharge as Sergeant in May 1969. He also received the Purple Heart.

Moving to Wyoming, he continued his love of the mountains, fishing and hunting. He was meant to be a mountain man. He and Jim Bridger would have been the best of friends. Later golf and living in the country on his farm on the Willwood became his passions.

In 1972 he met his future bride at Pahaska Tepee. Fred and Lynne Peterson were married in 1973. They resided in Powell where Fred went to work for his cousin Mike as a painter.

In 1976 Fred went to work for the US Post Office in Powell. He retired in 2004 after serving as a mail carrier, a maintenance man and a boiler technician. He could do so many different jobs at the post office because he could fix anything. Fred was a quiet man which enabled him to be a great practical joker at work as no one suspected him.

As a young man Fred worked in the logging industry. He was a true Paul Bunyan. He could fall a tree right where he wanted it, a truly amazing feat for a wife who had never seen anything like that before. This led to his love of wood and woodworking. He artistically created many wood projects thru the years.

He is survived by his wife Lynne, his mother Millie (Roseburg, OR); his brother Tim (Shirley) of Helena, MT; his brother John (Kim) and his sister Lorie (Darrell) of Roseburg, OR and a special relative, Julie of Rexburg, ID. He is also survived by brothers-in-law Rich (Jani), Mike, Chris (Kathy) and Jon (Susan) all of Upton, WY. He was truly blessed and so proud of his 13 nieces and nephews. He also was very fortunate to have 27 great-nieces and great-nephews.

Due to the Covid 19 no funeral will be held. Cremation has taken place. A gathering of family and friends to celebrate “all the good stuff about Fred's Life” will take place on Labor Day Weekend, September 2021. A donation in memory of Fred to your favorite charity would be appreciated. Condolences may be sent to PO Box 1003, Powell, WY 82435.

To send flowers to the family in memory of Fred H Whitmore Jr., please visit our flower store.