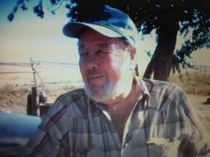 Gary Phil Branstetter of Powell died peacefully at the Spirit Mountain Hospice House in Cody on July 4, 2016. He was 73.
Gary was born in Powell to Ruth (Wright) and Leo Branstetter on Sept. 12, 1942. He attended Powell High School with the Class of 1960.
He spent summers during his teenage years in Twin Falls, Idaho, with his cousin Tom Bushey and wife Elaine helping Tom in his station.
He joined the Navy in 1959. While in the Navy, he met and married Carol George in Whidbey Island, Washington. To that union, Thomas Leo and Susan Ellen were born.
Gary left the Navy in 1961 and came back to Powell. He worked in the oil fields until 1970. The family then moved back to Las Vegas, where he operated a Texaco service station. He operated it for about 20 years.
During that time, he and Carol were divorced. He later married Marie Cargel. To that union, a daughter, Christine, was born. They divorced in 1990.
Gary began working for Gene Wintermote, doing business as â€œThe House Doctor,â€ where he worked for several years. He became great friends with Gene and his wife, Marilyn. Gary later moved back to Powell about 1996 and continued to winter in Vegas because of his health.
Gary loved boating, fishing, hunting and camping and always had great stories to tell.
Gary leaves behind friends and relatives who will miss him greatly.
He was preceded in death by his parents, Ruth and Leo, and his son, Thomas.
Gary is survived by his daughter, Susan (Craig); granddaughter Shelby, grandsons Gage and Gunnar; his siblings Mary (Marlin) Hatch of Powell, Carol (John) Mathews of Denver, Don (Diane) Branstetter of Powell and Gladys (Arnie) Schwab of Powell; as well as many nieces and nephews.
Viewing will be at 9 a.m. Saturday, July 9, 2016, at Thompson Funeral Home with services following at 10 a.m. A gathering of friends and relatives will be held at Red Stag following interment at Crown Hill Cemetery immediately following services.
Memorial donations may be made to Northwest College or Spirit Mountain Hospice in Cody.
Thompson Funeral Home is assisting the family with arrangements.

To send flowers to the family in memory of Gary Branstetter, please visit our flower store.